The Elewana Collection celebrates World Elephant Day with our Partners

The Elewana Collection celebrates World Elephant Day with our Partners 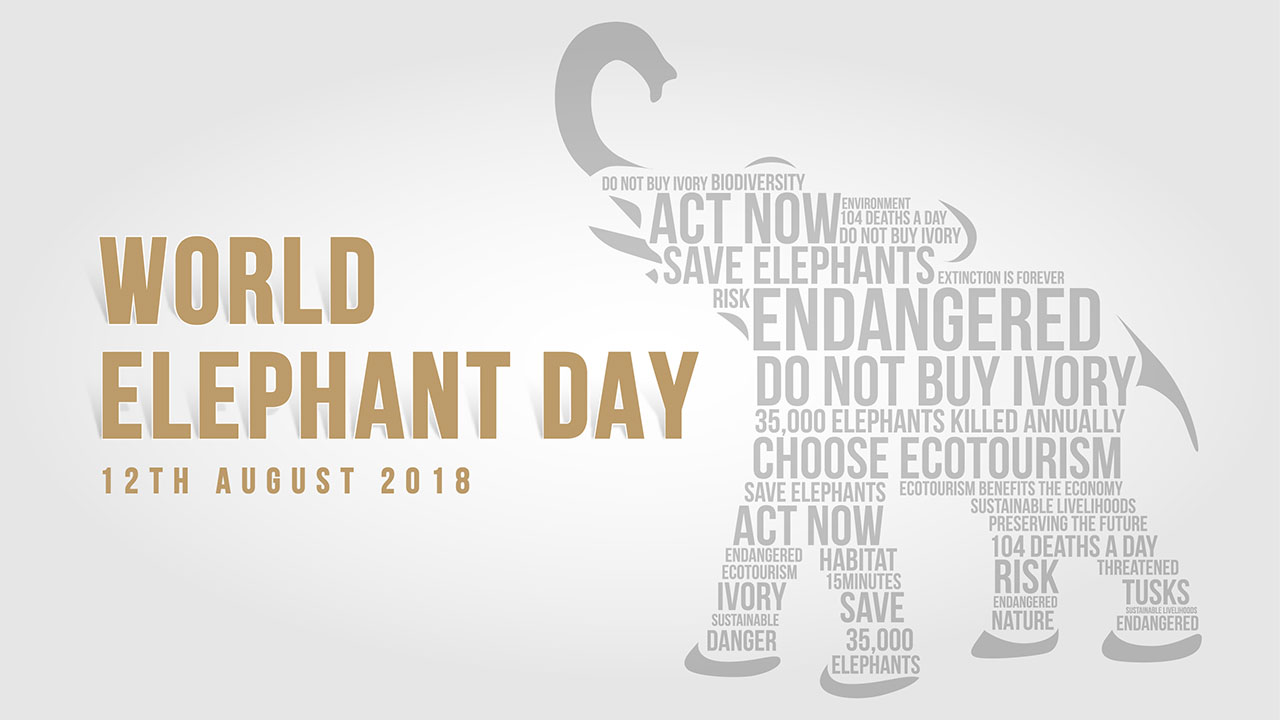 The Elewana Collection celebrated World Elephant Day on the 12th of August, a day dedicated to making the world aware of the dangers these magnificent creatures face, where poaching, habitat loss, human-elephant conflict and mistreatment in captivity are just some of the few. It encourages the world to stand together to protect not only the elephants themselves but their habitats. With an estimated number of 450,000 - 700,000 African elephants, in contrast to the 3 to 5 million in the 1940s, with one elephant being killed every 25 minutes, many organisations and foundations are working hard to try protect elephant population from declining further with the threats that they face every day.

The Nature Conservancy in Loisaba, one of Elewana’s partners and owner of Loisaba conservancy where both Elewana Loisaba Tented Camp and Elewana Loisaba Starbeds are situated, work alongside Space for Giants, an international conservation organization that protects the African landscapes needed for elephants to thrive. Space for Giants was instrumental in securing a 56,000 acre stretch, a key habitat for Kenya’s second largest population of elephants, that was facing the threat of being bought and turned over to use other than conservation.

Additionally, Lewa Conservancy has a Joint Operations Centre, located near Elewana Kifaru House and Elewana Lewa Safari Camp, which serves as a communications hub from Borana in the west of the conservancy and all the Northern Rangeland Trust Conservancies, enabling skilled operatives to see exactly what is happening across this vast are of 300km. Guest staying at either of the Elewana properties are able to view the Domain Awareness System, created by Vulcan, the high-tech and philanthropy focused company funded by Paul G. Allen, which is specifically designed to combat poaching and enhance wildlife management, providing a single picture that alerts security and antipoaching teams to threat, allowing the population of elephants around the area to be closely monitored and protected.

Founded by Virginia McKenna, who also opened Elewana Elsa’s Kopje, the Born Free Foundation in Meru, is a partner of the Elewana Collection and an organization that also helps protect not only elephants, but other animals that face threat. The ivory trade poses one of the largest threats to elephant and therefore trade in ivory products of any kind is opposed by Born Free, so they work with governments, wildlife law-enforcement agencies, conservation bodies, the media and the wider public to promote the adoption of bans on domestic and international commercial trade in raw and worked ivory, whilst also actively publicises the risk posed by any trade in products containing ivory from other ivory-bearing species.

Another foundation that contributes to the sustentation of elephants and partners of Elewana Tortilis Camp is the BigLife Foundation. They cover over 1.6million acres across Amboseli, Tsavo and Kilimanjaro. Their expertly trained and well-equipped rangers help to protect and secure the wildlife, striving to prevent poaching of all wildlife, especially elephants, by tracking poachers and collaborating with local prosecutors to ensure punishment. Poaching continues to be a threat, however with the increase in the human population and competing for space, conflict with humans is critical, making it an even bigger challenge.

World Elephant Day is a reminder of all the threats that elephants face, and is used to encourage and educate everyone around the world on how to help protect this species so that generations to come can marvel at their existence and not just a beautiful photograph on a wall, which is all we will have if we don’t do something now to protect them.