The Land & Life team go that extra mile for their students 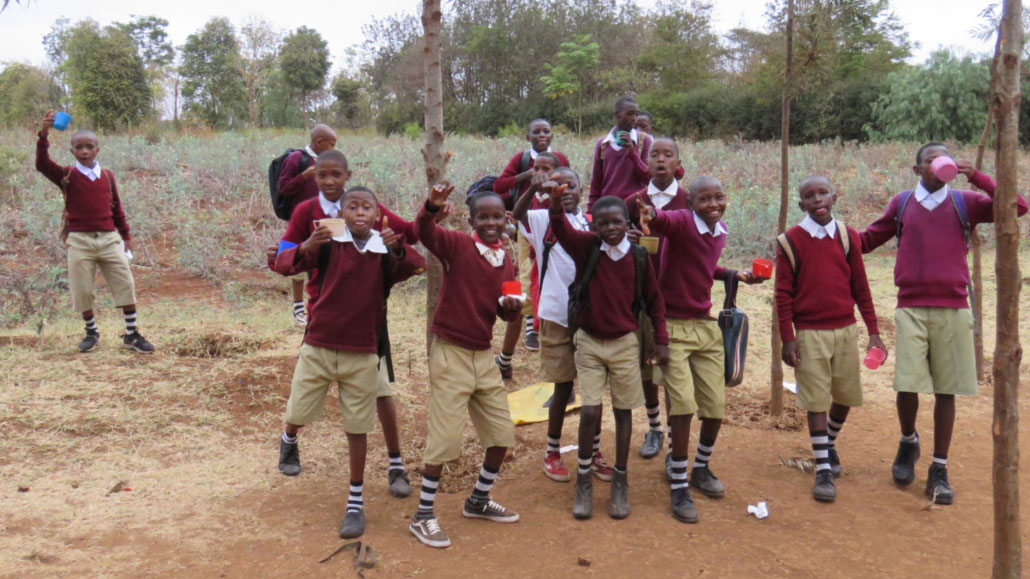 The PSLE (Primary School Leaving Examination) is a hugely important part of a Tanzanian child's life. Coming at the end of their last year of junior school, it determines whether they qualify for free public secondary education - or not. Children who fail must either find the funds to cover private school fees, or accept that their education is now over. This contributes to many children not undertaking secondary education - UNICEF estimated in 2015 that up to 70% of children aged 14-17 were not in school.

Land & Life wants to give the students at Ganako school, which is not far from Elewana The Manor, a little bit of support on the morning of the exams. So the week of the exams, Tuesday and Wednesday, was spent working with the team from Elewana The Manor at Ngorongoro to give the children breakfast and midday snacks, and to make sure each child had enough stationery to complete the exam - pencil, pen, sharpener, ruler and eraser each.

It was a combined effort from the team at Elewana The Manor, who were extremely supportive; Margareth (Reception) stayed up into the night making nourishing porridge and tasty mandazis (local doughnuts) which were then handed out by Dominic and Edgar, sous chefs from the kitchen and Clay (assistant manager) helped distribute stationery supplies.

The children were confident, cheerful and positive, and we wish them all the best. The Manor team were incredible, and in fact enjoyed themselves so much they have promised to pay for school uniforms for any student getting an A grade in the exam!

A little help can go a long way - a doughnut, a banana and a bowl of porridge can make a big difference to a child on a cold morning with hours of exams to sit. We are cheering for them all - go go Standard 7 - and when we get their results, we will share it with you all!