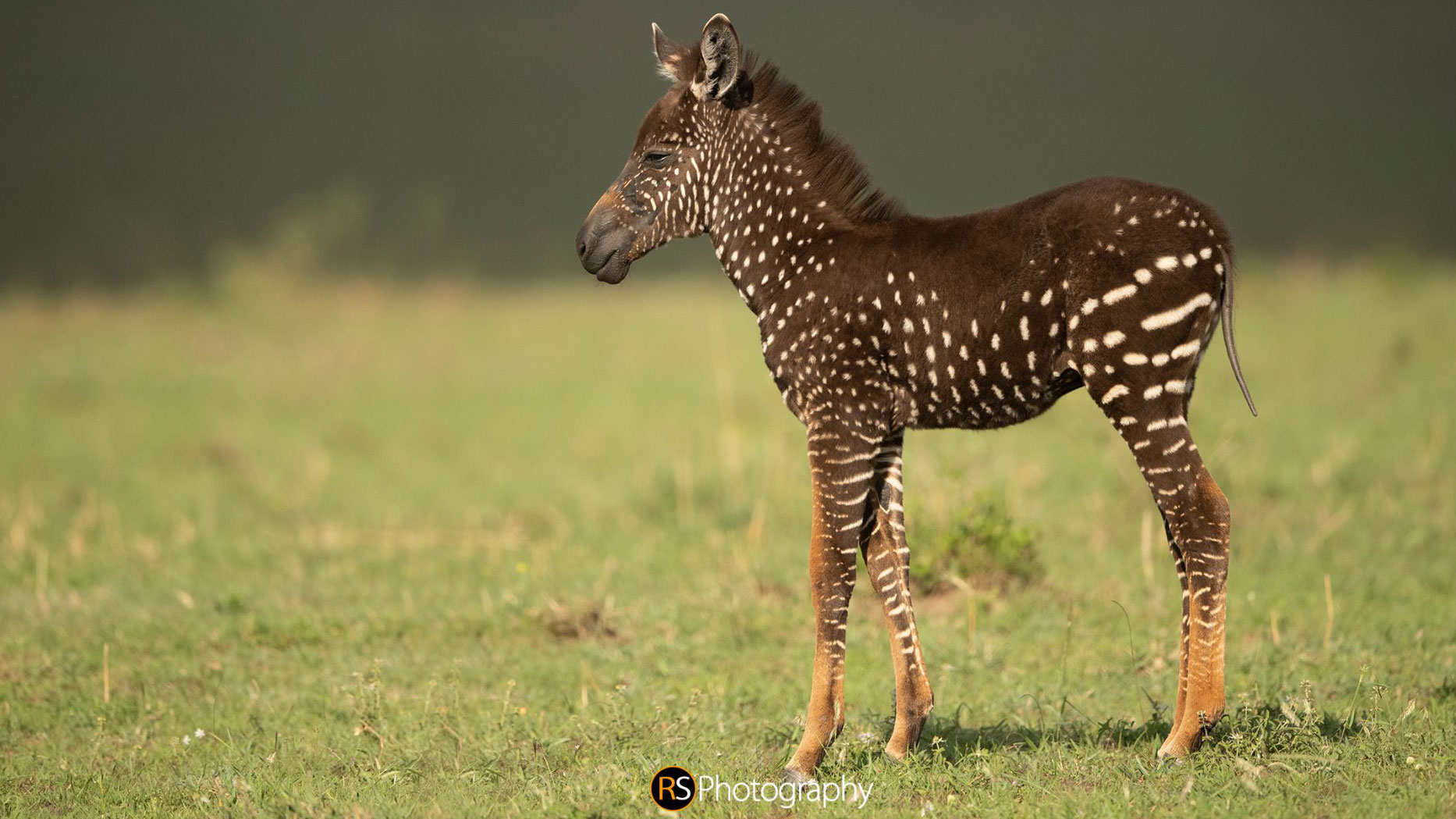 A rare and unique sighting that has been seen in the Masai Mara this month, which has caused quite a stir globally - a melanistic zebra foal. It is unusual for these to survive for long as their distinctive coloration makes them stand out from the herd and they are a target for lions.

A Maasai guide discovered a one of a kind genetically mutated baby zebra in the Maasai Mara and named it after his surname - Tira. Tira has patterns that appear as polka dots!

The zebra has a rather amazing dark colour due to a genetic abnormality linked to the amount of melanin, affecting the pigmentation of the fur. While still resembling a zebra, the foal has a short, hairless tail unlike a normal zebra’s brush-like tail. Most unusually though, the animal’s colouring is brown, with white dotted markings. There’s not a stripe in sight!