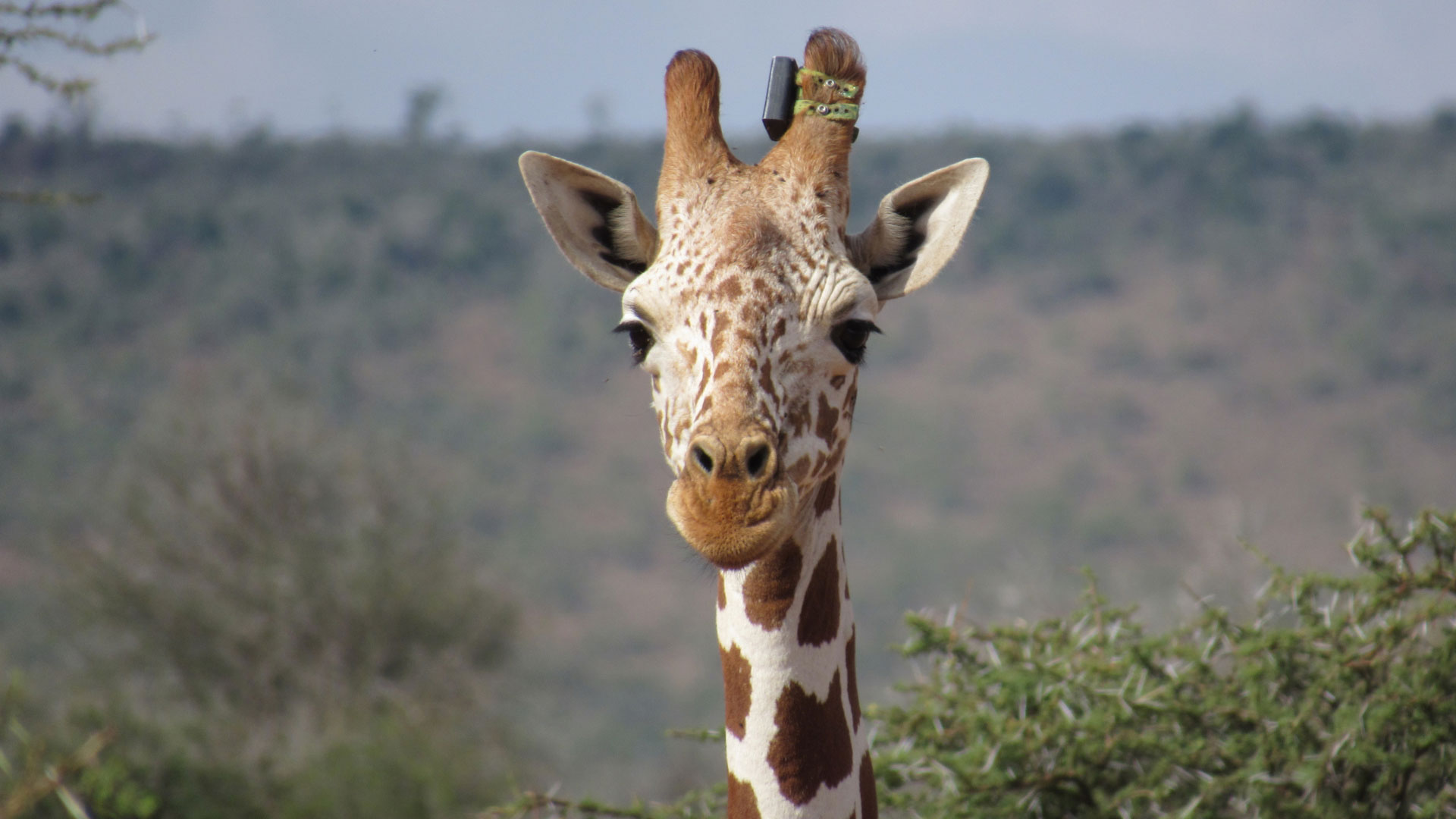 Recently discovered to be a unique species rather than a subspecies, reticulated giraffe (Giraffa reticulata) populations have declined drastically in just the past 30 years, from around 100,000 individuals in the 1980s to just around 15,000 individuals today. As a result of this alarming decline, in November 2018 they were listed as ‘Endangered’ by the IUCN Red List.

Historically, reticulated giraffe ranged throughout much of northern Kenya, into western Somalia, and into southern Ethiopia; however, their range is rapidly decreasing and while one or two fragment populations may persist in Ethiopia, the vast majority of their population occurs within the arid rangelands of northern Kenya. Within these rangelands, reticulated giraffe often overlap directly with humans and livestock and only 4% of their distribution is estimated to occur within formally protected areas. As a result, reticulated giraffe populations are increasingly threatened by habitat loss and degradation, climate chaos, and illegal poaching.

The Laikipia plateau, where Loisaba is situated, is a vast and breath-taking landscape that provides critical habitat for reticulated giraffe, as well as other threatened and endangered species. It offers an expanse of over 9,500 km2 comprised of traditional pastoral lands, cattle ranches, farmland and private conservancies. In addition, it is also believed to support critical movement corridors for giraffe; however, as of now, little is known about giraffes use of this landscape.

Recent population monitoring by the “Twiga Walinzi” (Giraffe Guards) research team as well as systematic aerial surveys by Kenya Wildlife Service have been able to provide the first detailed population estimates of reticulated giraffe for the region. However, while these population estimates provide much needed information, relatively little is known about giraffe use and movement in these landscapes. Thus, further monitoring and research of these populations is vital for future conservation efforts.

In 2017, 11 reticulated giraffes were fitted with special solar-powered GPS tracking devices, in order to gain a better understanding of giraffe movements, habitat usage, population dynamics and numbers, and to inform conservation policy and management plans. The data from these giraffes has already been vital towards understanding movement patterns, as well as possible movement corridors and preferred areas of habitat. To continue this research, an additional 28 giraffes were successfully ‘collared’ across northern Kenya from August 27th – September 5th (five of which at Loisaba Conservancy) – the largest giraffe collaring operation in history.

The project is part of the larger ‘Twiga Tracker’ Initiative that aims to collar >250 giraffe across Africa in an effort to understand their movement and spatial needs of giraffe to inform more effective future conservation efforts.

This project is a collaborative effort led by Giraffe Conservation Foundation, San Diego Zoo Global and Smithsonian Conservation Biology Institute, working collaboratively with Kenya Wildlife Service, Northern Rangelands Trust, and Loisaba Conservancy in addition to many in-country partners, and supported with regular on-the-ground monitoring by the Twiga Walinzi research team and the NRT ranger teams, as well as routine monitoring of the GPS satellite units year-round.

Guests staying at Elewana Loisaba Tented Camp, Elewana Loisaba Star Beds and Elewana Loisaba Lodo Springs can also contribute to this research by recording sights of these beautiful animals when they go out on game drives through the citizen science initiative. Each game drive vehicle is equipped with a tablet so guests can record sightings of reticulated giraffes as well as other specific wildlife.
Subscribe to Our Mailing List Latest News Newsletter Travel Information
FACEBOOK TWITTER INSTAGRAM
© 2021 elewana collection