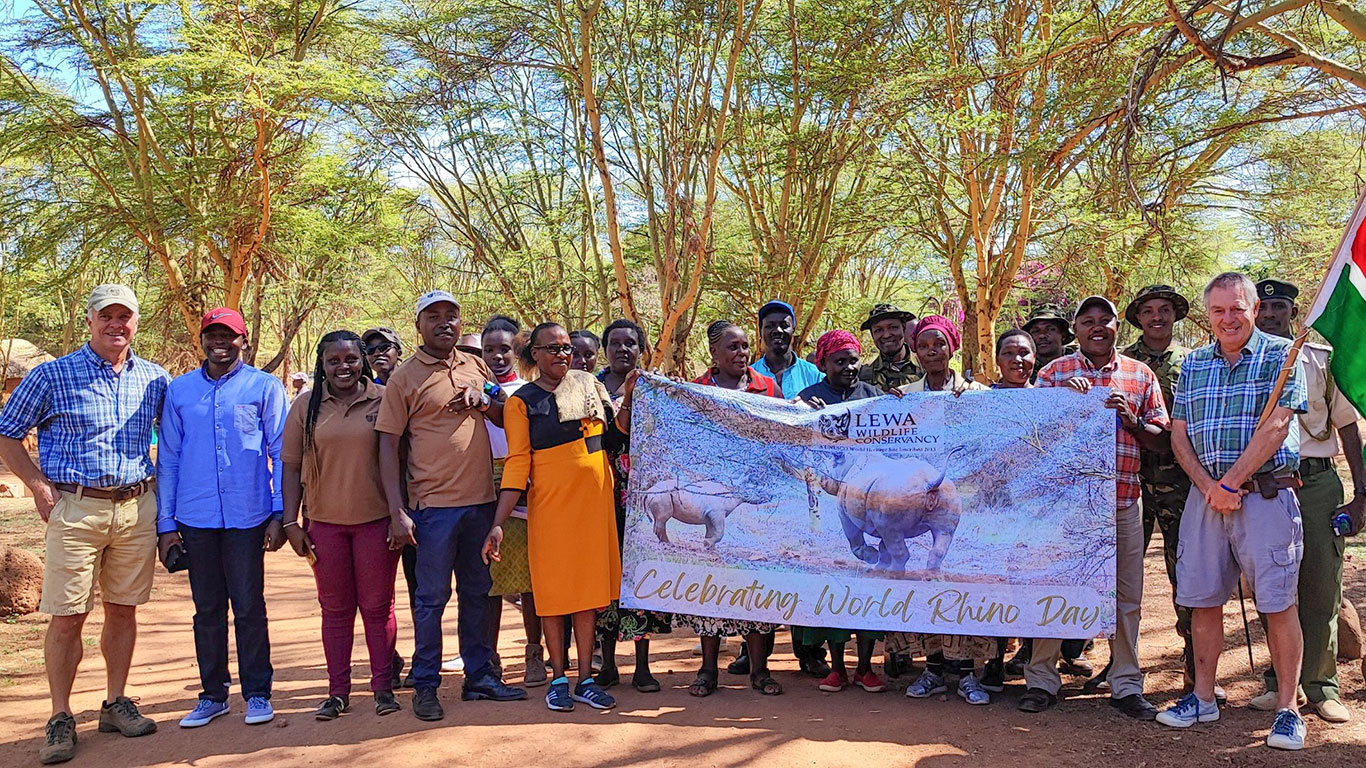 Lewa Wildlife Conservancy celebrated World Rhino Day on Thursday, 22nd September 2022, with the ‘Footsteps for Rhinos’ 6 km-walk through the Conservancy. The event was attended by close to 200 people who walked for roughly 2 hours in the hot sun, including participants from communities surrounding Lewa and partner organizations, as well as support from lodges including Lewa Safari Camp and Kifaru House. The event was a demonstration of the community’s sincere commitment to protecting and preserving the rhino population.

Each footprint served as testament with the Conservancy’s solidarity with the rhino population. Thanks to Lewa’s continuous work with local communities, they have had great success in helping to shift community views regarding wildlife in the Lewa area. Community buy-in is a vital part of ensuring the sustainability of the Conservancy’s programs.