Craig McFarlane is a gentle giant that is at one with the African bush. His passion and dedication both out in the field and when it comes to training the next generation of Guides, is unparalleled. He has had a lifelong fascination with the African bush and in turn, leaves an impression on all those who he has taught and guided over the years. As the Head of Guide Training & Activities for Elewana Collection in Tanzania and Kenya, Craig’s knowledge of the bush is impressive, with only a few guides being trained at his level in Africa. 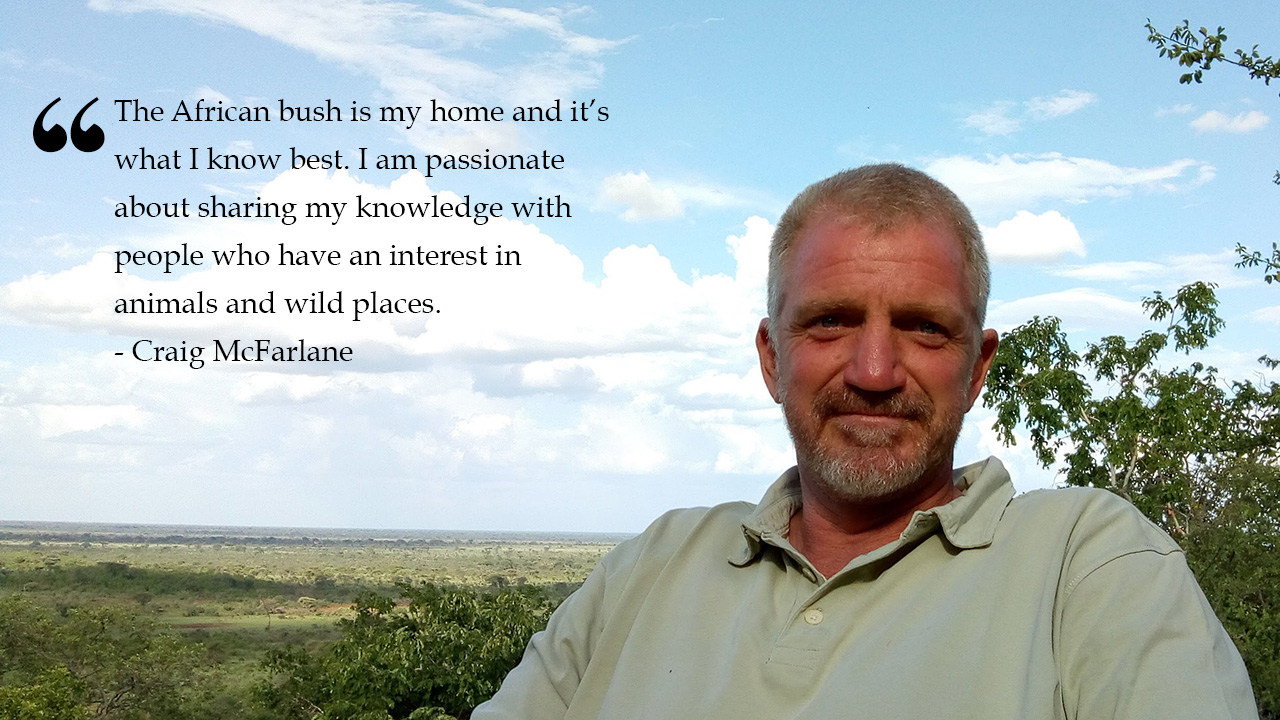 As a boy growing up on the family farm in South Africa, his dream was to always to work in the bush. He was fascinated by animals, big and small, wild and tame, and spent all his time learning about them. His father taught him the foundations of being a guide and whenever he could he would guide clients alongside his mentor. There was no looking back, his passion was rooted in the bush and his life’s journey began.

Craig has earned a number of qualifications during his career, including the FGASA Level III, SKS DG and Tracker II qualifications. With over 27 years in the bush, his knowledge and experience is unrivalled.

Looking back at one of his most dangerous wildlife encounter, Craig remembers a day when he was confronted by elephants while leading a group of safari travellers through the bush. He was leading a group of clients on a walk and we came across a small family of elephants, the matriarch had a small calf and with no warning charged with full intent. He told his clients to crouch as low to the ground as possible and make themselves as small as possible, so not to appear threatening. She stopped an arm’s length away and assessed the small group in front of her. Sensing they were not going to harm her small calf, she turned and left.

Thinking it was all over, Craig and his clients suddenly found themselves being charged by a young bull but knowing this was a mock charge was less concerning but still a close encounter. After making a lot of noise and displaying his strength, he too left and Craig was able to continue the walk with some very terrified clients, who learnt very quickly to respect animals in the wild. Without Craig's knowledge of elephant behaviour and quick thinking, this encounter could have meant disaster, not from the young bull but the older wiser matriarch.