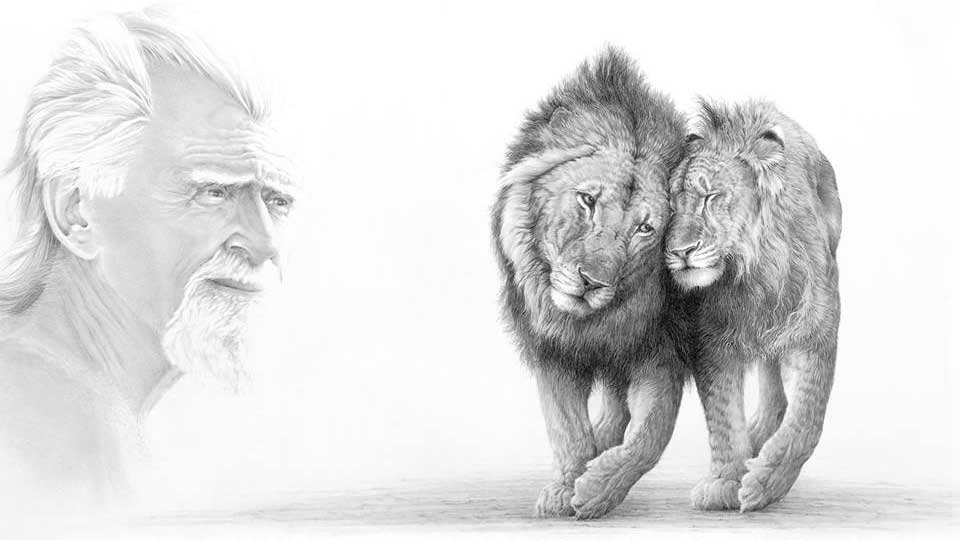 George Adamson was killed in an ambush by Somali bandits in Kora, on 20th August 1989.

Born on the 3 February 1906 in India, after being educated in England he moved to Kenya in 1925, where after a number of jobs, he joined Kenya's Game Department in 1938 and was Senior Wildlife Warden of the Northern Frontier District. It was his work with lions that earned him the affectionate title of the Baba ya Simba ("Father of Lions" in Swahili), and would become a respected British wildlife conservationist and author.

Adamson retired as a wildlife warden in 1961 and devoted himself to raising lions who could not look after themselves and training them to survive in the wild. In 1970, he moved to the Kora National Reserve in northern Kenya to continue the rehabilitation of captive or orphaned big cats for eventual reintroduction into the wild.

Joy and George Adamson were undoubtedly two of the most celebrated champions of wildlife the world has ever known and Elsa the lioness, star of the best-selling book ‘Born Free’ written by Joy, the most famous lion. Filming Elsa’s life story began in Kenya, and the resulting Academy award-winning film was not only a smash hit, but a ground-breaking movie which captured the imagination of the world and redefined the meaning of wildlife conservation forever. George Adamson was a technical advisor and lion expert for the filming.

George and Joy forged a great friendship with Virginia McKenna and Bill Travers, who portrayed them in the film, and inspired the two actors into a life dedicated to wildlife conservation. They went on to establish the Born Free Foundation, which is still protecting wildlife today and is now managed by their son Will Travers.

On 20 August 1989, George Adamson was murdered near his camp in Kora National Park, by Somali bandits, when he went to the rescue of his assistant and a young European tourist. He was 83 years old. He is buried in the Kora National Park near his brother Terrance. Two lions are buried next to Adamson as well: Super Cub, and Mugi, a lion released in Kora after George's death.

Kora was designated a National Park with Kenyan Government protection in honour of his memory.

George Adamson’s legacy lives on with the work that the Born Free Foundation does and at Elewana Elsa’s Kopje where the Elewana Collection maintains a number of artefacts linked to his and Joy’s life on site. The Elsa’s Kopje  Managers are delighted to share his story and the amazing work he did in his life time.