Celebrate World Rhino Day on September 22 with our conservation partners in Lewa, Meru and Loisaba 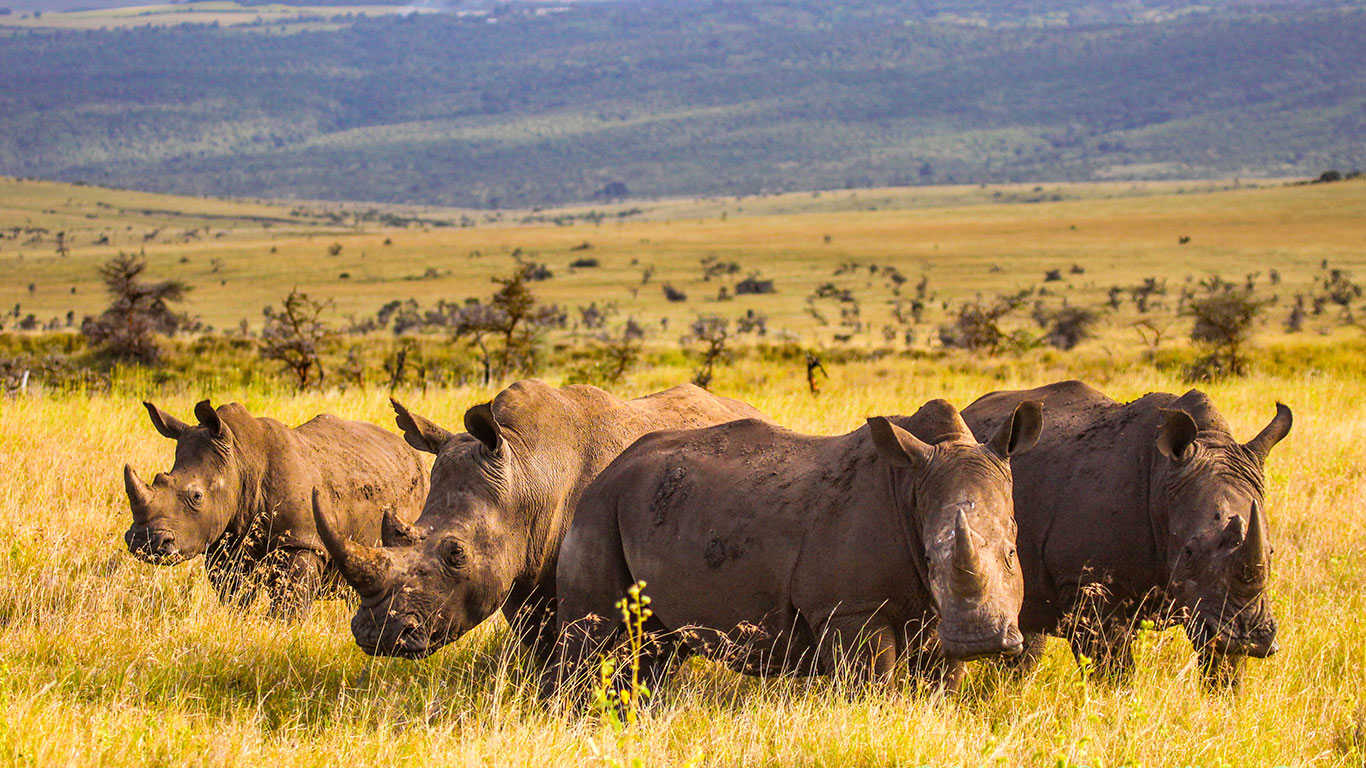 In celebration of World Rhino Day on 22 September, we would like to honour our conservation partners including Lewa Wildlife Conservancy, Loisaba Conservancy, and the Born Free Foundation’s efforts in Meru National Park for the incredible work that they do in protecting these highly threatened animals. This special day celebrates all five species of rhino and is a call to action to help save the animals, as their populations continue to decrease at an alarming rate around the world. It is estimated that a rhino is poached every 8 hours, and at this rate, rhino could become extinct in 15 years.

The Lewa Wildlife Conservancy is one of Kenya’s leading areas for the conservation of this species and for the last three years not one rhino has been poached. Starting out with 15 black rhinos in 1984 as the Ngare Sergoi Rhino Sanctuary, Lewa's rhino population has since risen steadily, making the Conservancy the pioneer rhino conservation success story in Kenya and East Africa.

Loisaba’s mission is to protect and enhance critical wildlife diversity, abundance, and habitat in the landscape, which sits on the western edge of one of Kenya’s most important elephant movement corridors. The Conservancy is currently in the process of becoming a rhino sanctuary, working closely with KWS and The Nature Conservancy to protect the endangered species and their habitat, as well as create jobs in the local community.

Born Free works to protect rhinos in Meru National Park and globally on the ground to improve law enforcement in source, transit, and destination countries, reduce demand through consumer education, and persuade governments to take action to enforce trade bans.