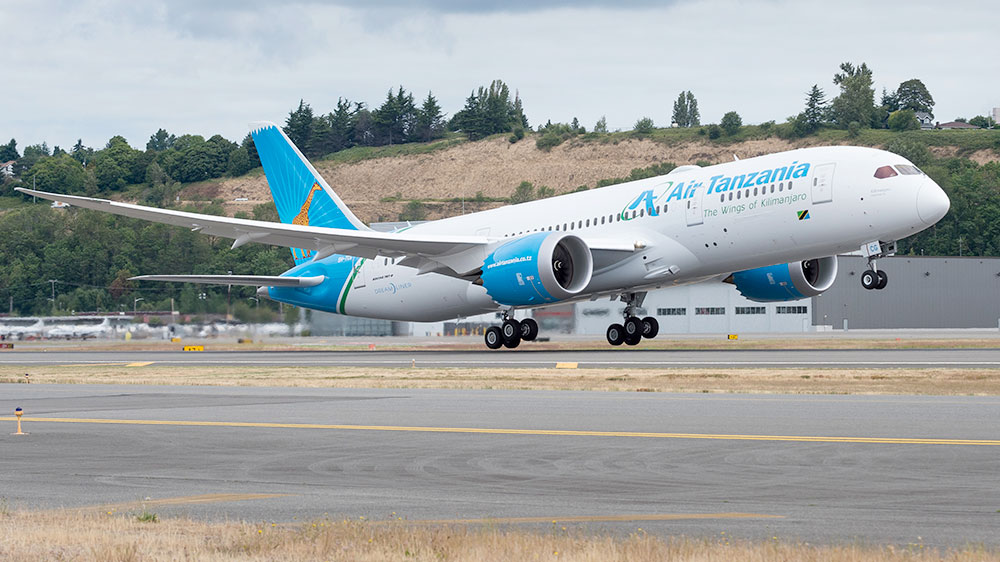 Air Tanzania has secured three landing slot for London’s Gatwick Airport, heralding in the news that they will soon be serving London – Kilimanjaro direct!

As revealed by African Business Communities, Air Tanzania has made moves to serve London directly from their hub at Dar es Salaam (DAR) via Kilimanjaro to Gatwick (LGW), every Wednesday, Friday and Sunday.

The route will be operated by the airline’s Boeing 787 Dreamliner (one of two that has been delivered). This will also be the airline’s first route into Europe, a bold move from the normally exclusively domestic carrier.

“The 787 Dreamliner will be the flagship aircraft as we renew and grow the Air Tanzania fleet. We aim to establish our long-haul capability by starting flights to Europe, Asia and the U.S.A over the coming years and the 787 is the perfect aircraft to achieve this ambition. Our hub airport at Dar es Salaam is well located to provide connections onwards across east Africa, capitalizing on the growing demand for tourism in Tanzania and throughout the region from intercontinental markets.” – Air Tanzania Statement