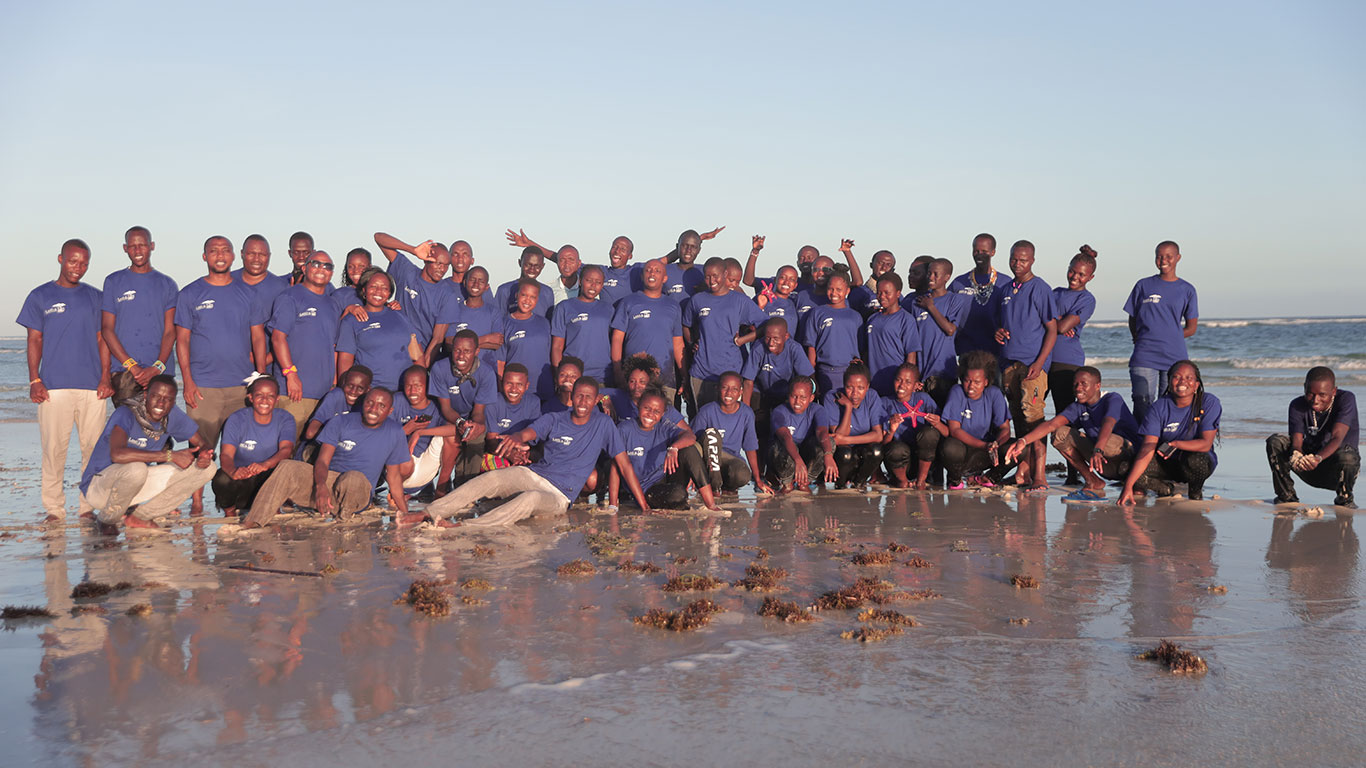 The journey began on the 1st of December 2019 when all the scholars left their homes to travel to Nairobi to spend the night before embarking on the journey to Mombasa. The group of 38 scholars and 8 patrons were hosted at the Wildlife Clubs of Kenya, Nairobi campus. On the second day, the scholars left the campus for the train station at 5am. While trains may appear normal to most people, to these children it was an experience of a lifetime. The famous Madaraka Express train was commissioned a few years ago marking a transformation from the steam engines to a newer generation of trains. For the children, the excitement on their faces told this tale. The trip to Mombasa lasted six hours where they arrived safe and sound in the Wildlife Clubs of Kenya, Mombasa Campus by 4.00PM.  Upon arrival, the scholars were served some snacks and refreshing drinks to cool off and rejuvenate before heading to a relaxed evening at the beach.

Early the next morning, the team got to learn about oceans and the marine world, a topic in the Wildlife Warrior program curriculum. We had the pleasure of hosting two members of the Local Ocean Trust from Watamu and they took over the second session of the day. A specialist in marine conservation, the Local Ocean trust team, under the guidance of Nevil, took the children through a session on turtle conservation. In the afternoon, the Wildlife Warriors had a chance to visit Haller Park in order to showcase the success of being able to reclaim land and establish a whole new ecosystem where life was previously considered non-existent. The warriors enjoyed up-close views of the diverse animal species including the crocodile, Hippopotamus, different snakes, and fish species with a great coincidence to witness their feeding too. After this trip the evening was wound down by an alone time for the warriors.

On the fourth and last day in Mombasa, the children woke up to a role play session guided by the Land & Life team. The Warriors, in groups, presented short play son how they best understood the issues they had learnt concerning the conservation of marine life. After this session, they also got an opportunity to listen from the hosts, Wildlife Clubs of Kenya, who gave a talk on blue economy.  The afternoon session was enjoyable as the warriors were treated to adventures on the sea. We managed to get two glass bottom boats and went to the marine park where they were able to see different species of fish and corals. The trip very exciting to the warriors as the majority admitted to never experiencing this. It was a great eye opener to many, especially on the aspects of marine ecosystems and the need to conserve marine life. When they came back to the campus, we held a closing ceremony with the outgoing candidates cutting a cake to mark the end of their six year journey with us and the beginning of a new life ahead of them.

Thursday was a very early morning for the entire team as we were on the rush to catch the morning train once again. This time round the warriors were more relaxed as they knew what is expected of them and headed home to their different destinations.