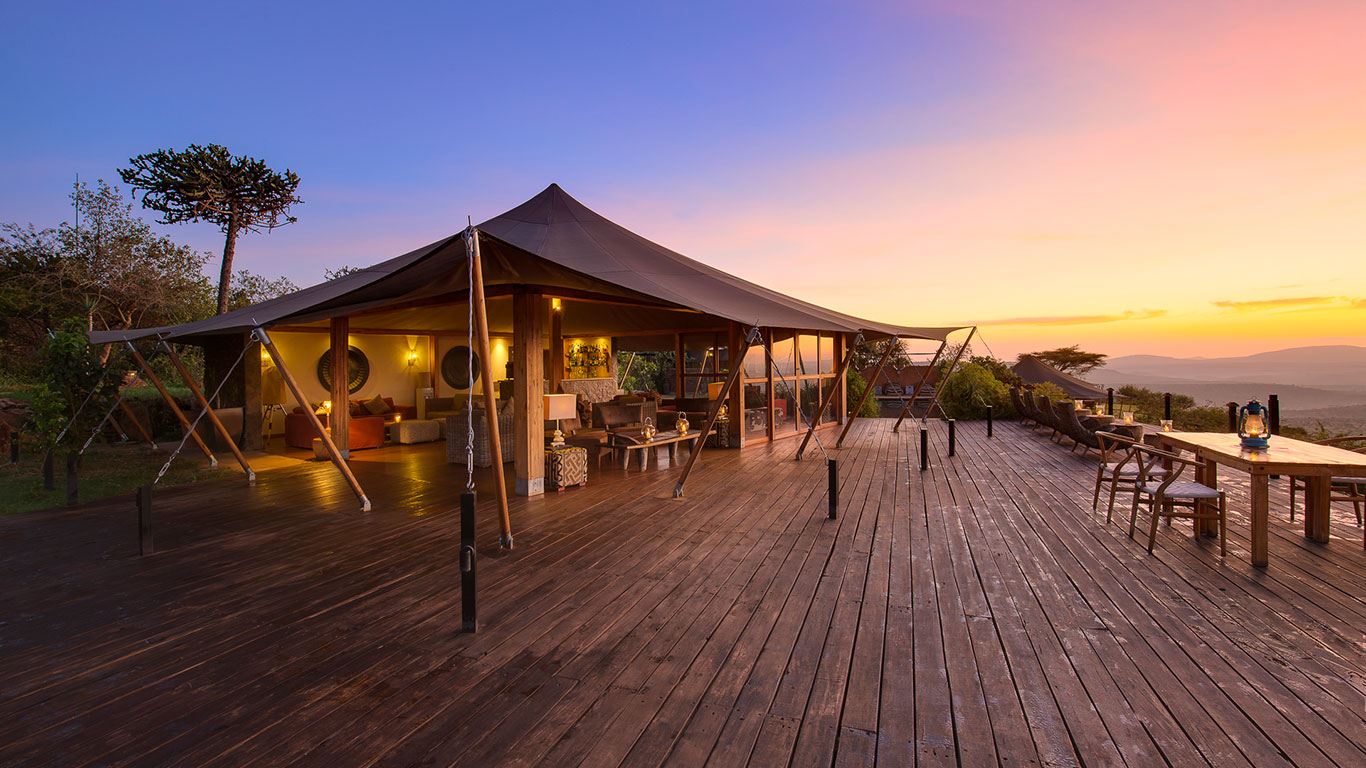 Happy New Year Starting with A Positive Outlook for 2022 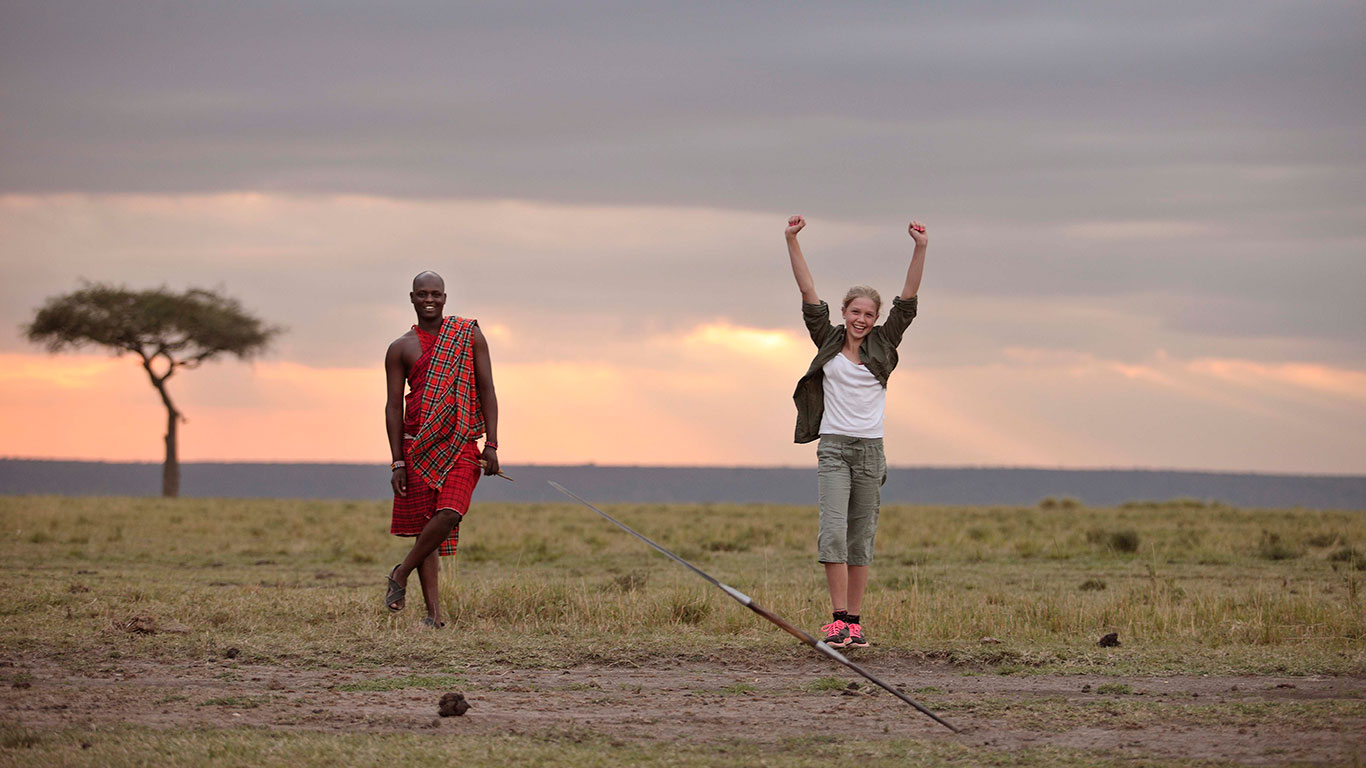 It is an understatement to say that the last couple of years have been fraught for the travel industry, however green shoots are emerging that point to a more successful 2022. Enquires are increasing and to date, room nights in January are already 50% higher than this time last year. With the vaccine roll-out taking pace across the globe, here is hoping that finally travel can resume to some sense of normality. 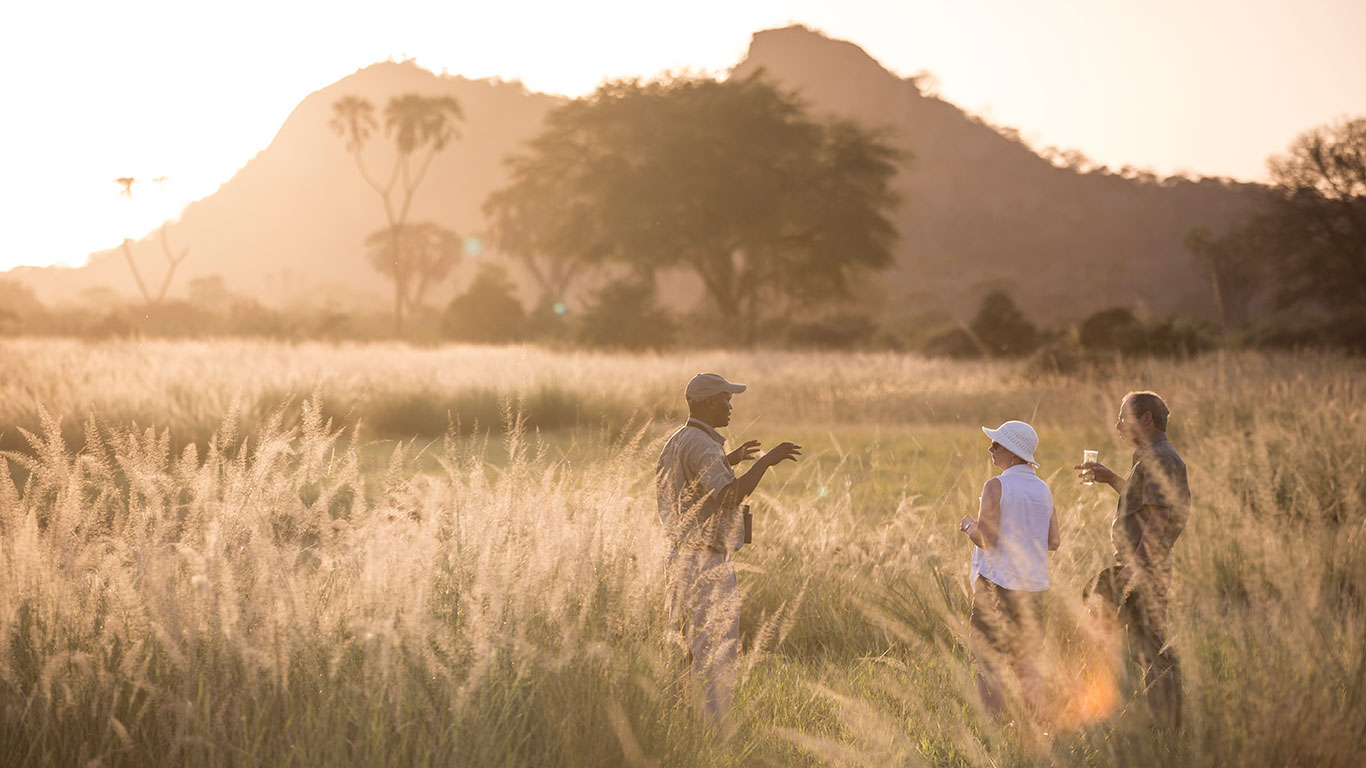 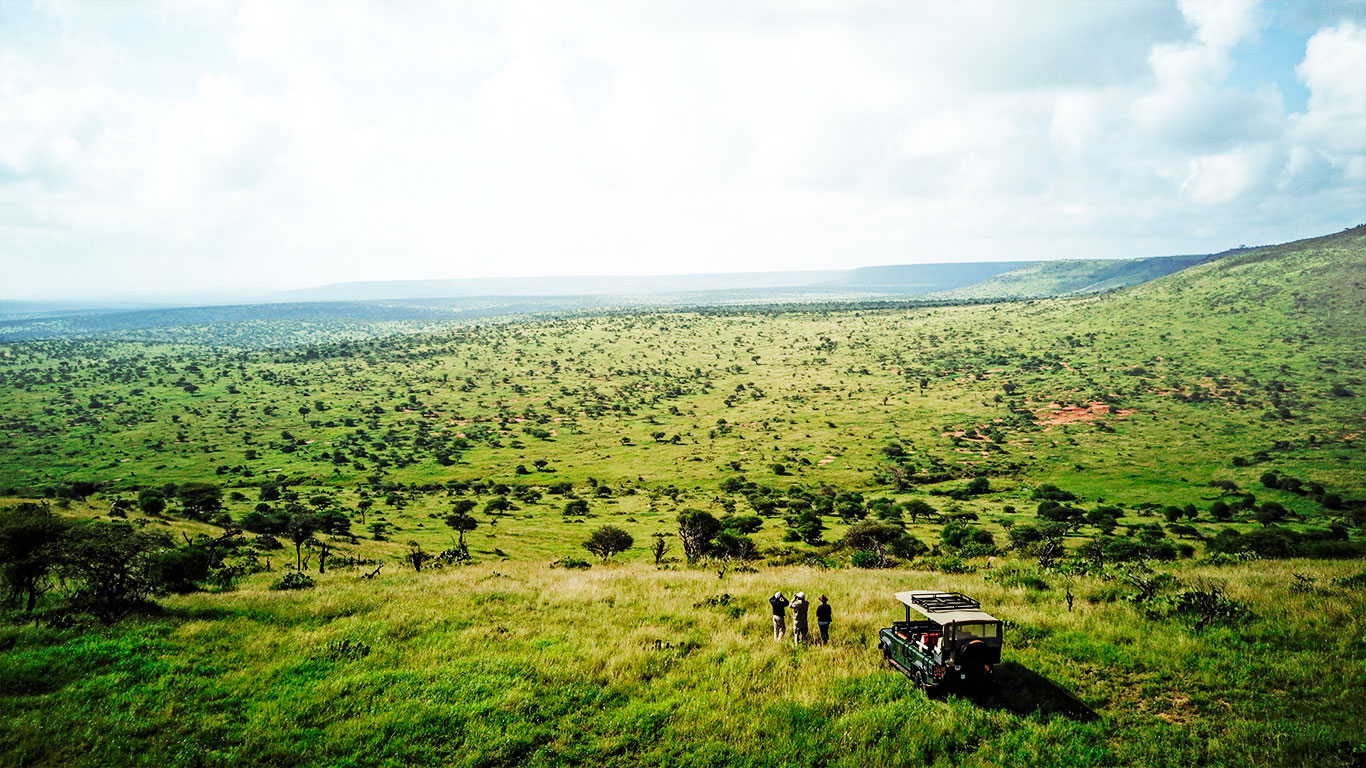 As of January 2023, the conservancy fees at Loisaba will increase to US$150 for non-residents in line with other conservancies and rhino sanctuaries. The increased fees are necessary as the management works with the Kenya Wildlife Service to reintroduce eastern black rhino to the conservancy, all being well, by the end of this year.

A Safari is widely touted as one of the most romantic holidays available. At Elewana we take this one step further by offering guests add-ons that enhance their special break. A selection of some of our favourites include: 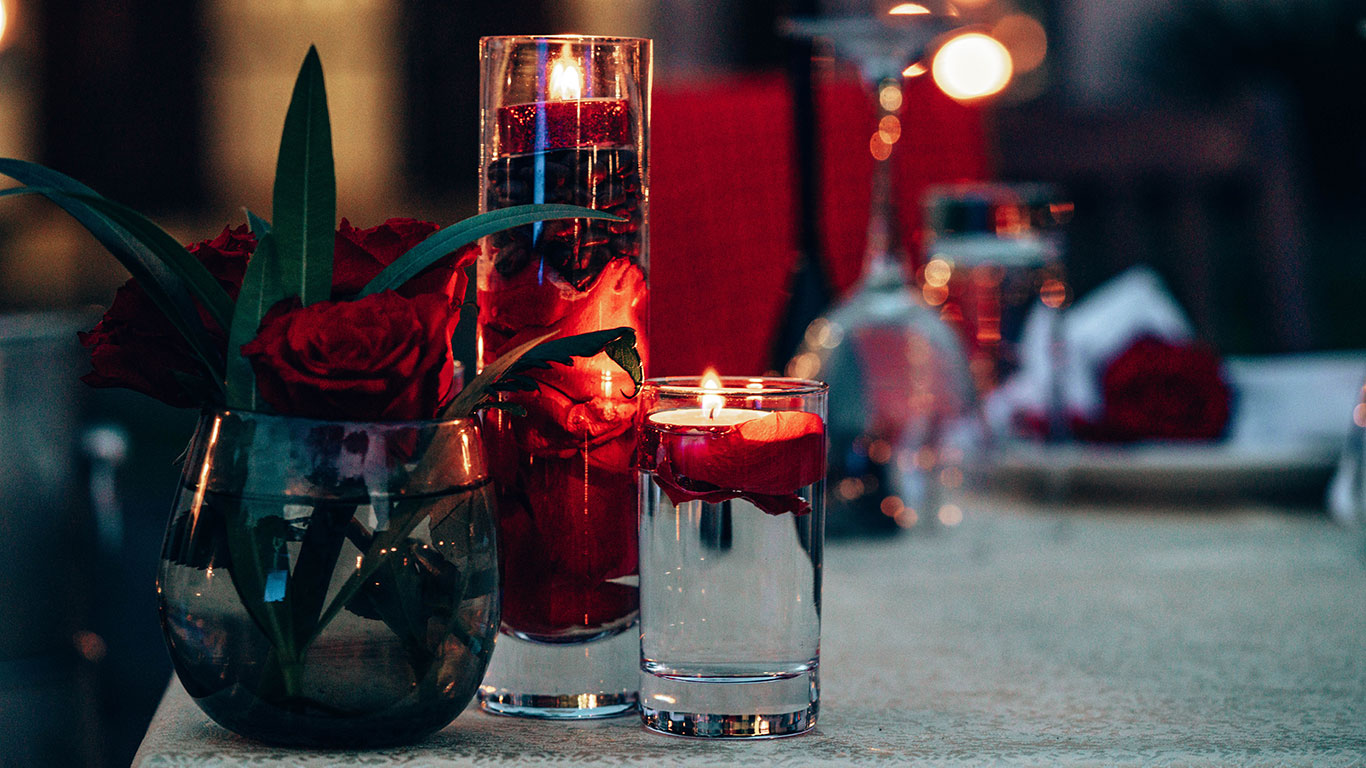 Valentines’ dinner under the stars at Elewana Arusha Coffee Lodge

Couples staying at the Arusha Coffee Lodge on Valentine’s Day can enjoy a six-course gourmet menu under the stars. Guests will be treated to a carefully curated selection of dishes including perch and prawn cakes with prawn bisque and cucumber and dill salad, mushroom, feta and lamb ravioli and baked stone fruit with cranberry ice-cream and pistachio praline. Guests staying over the weekend prior to Valentine’s Day will not miss out, as there is a special Valentine’s weekend tapas menu complete with a complimentary rich chocolate cake.

Explore the stunning surroundings of The Manor Ngorongoro on horseback as you journey towards a beautiful look out point. Here you can enjoy the romance of the African bush with a champagne high tea for you and your loved one. 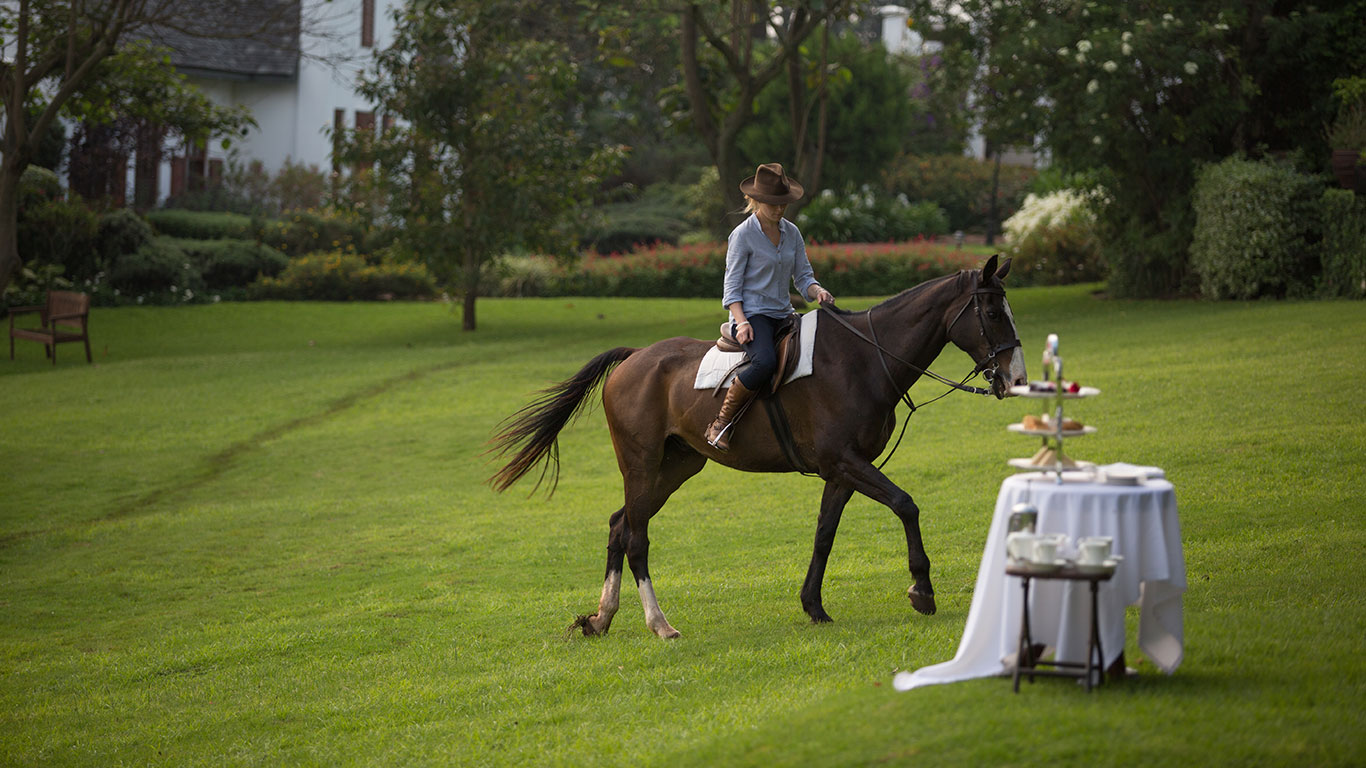 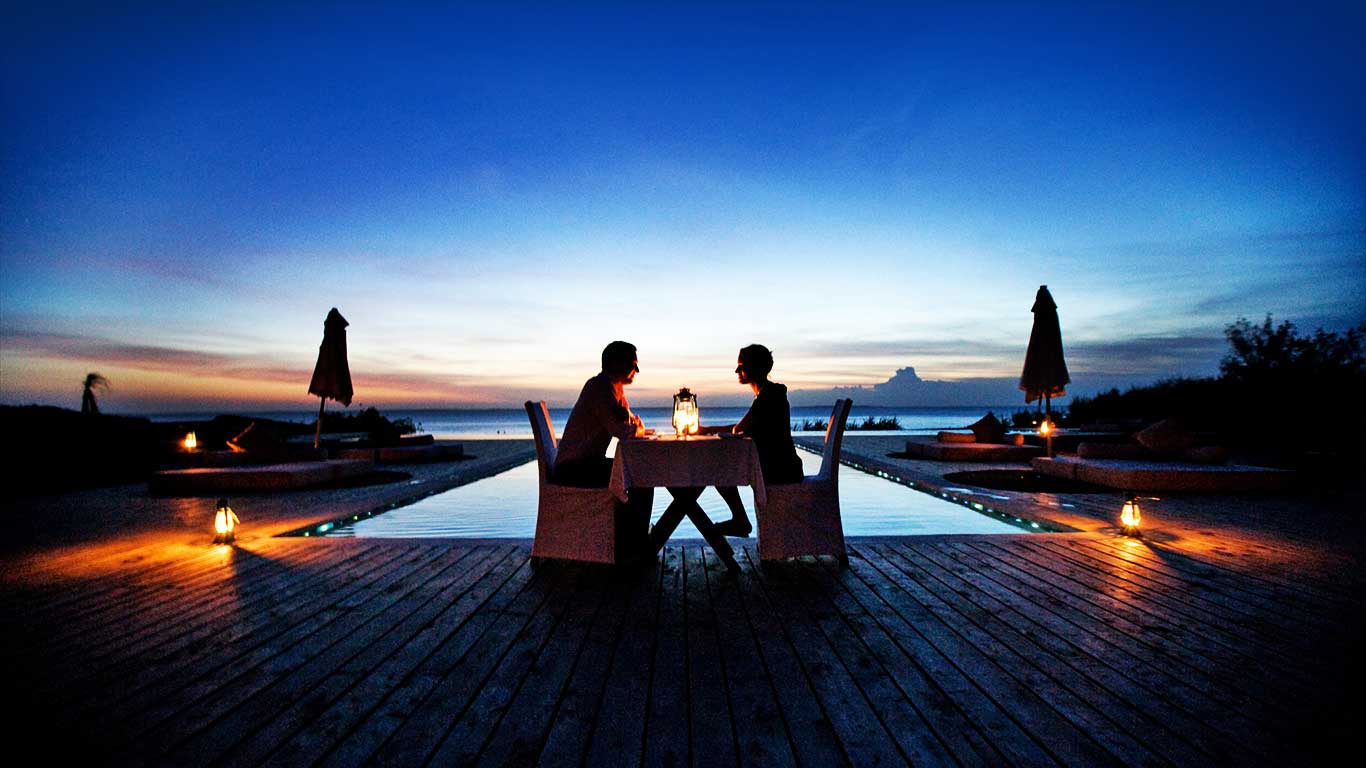 Nothing spells romance more than a candlelight beach dinner with the soft sand between your toes and the ambient sounds of waves gently licking the shoreline. On request, Kilindi Zanzibar can arrange a private dinner serving up gourmet delicacies from the ‘spice island’.

Sleep under the stars at Loisaba Star Beds

Perhaps one of the most memorable romantic offerings, guests at the Elewana Star Beds can lay their heads down on the handcrafted four-poster beds as they gaze up at the universe. Made even more magical with no light pollution, falling asleep under the sparkling black velvet sky to the chorus of nocturnal wildlife with your partner, will be a truly unifying experience. 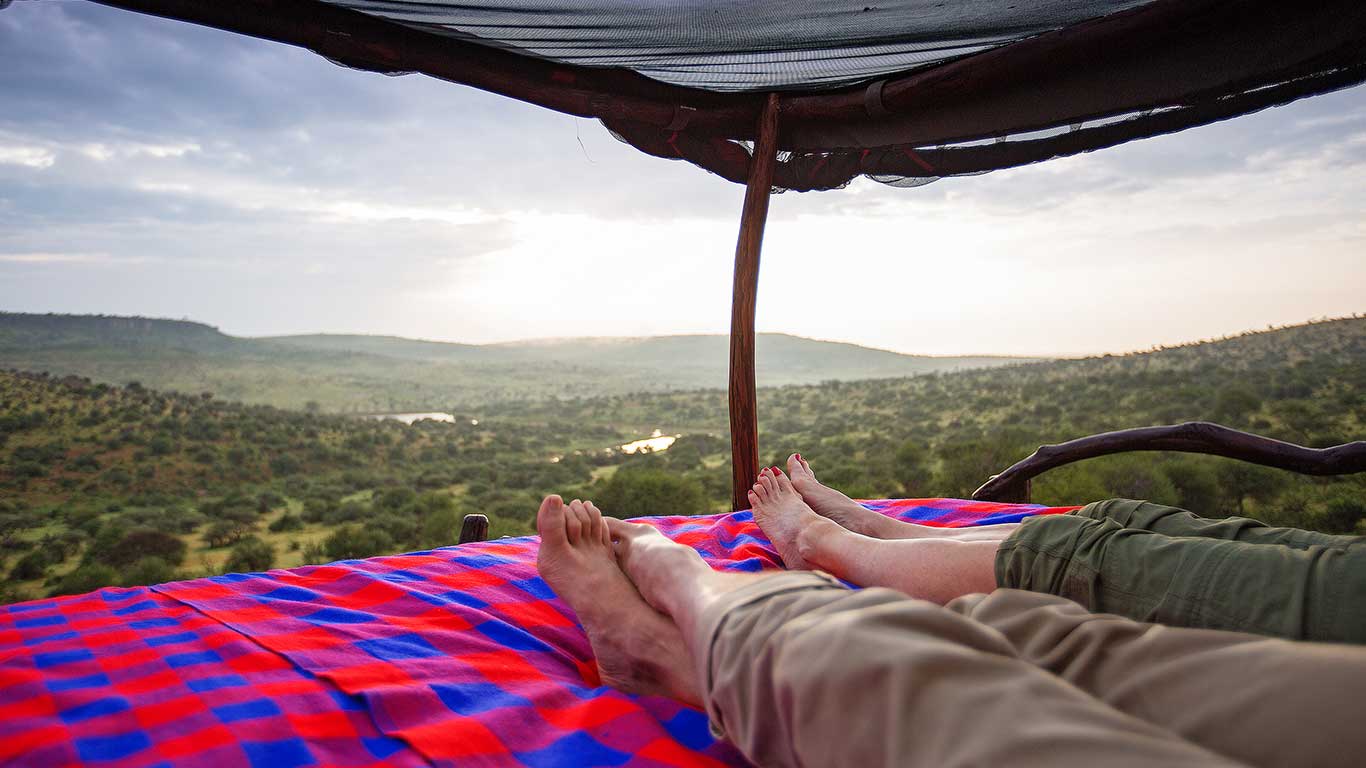 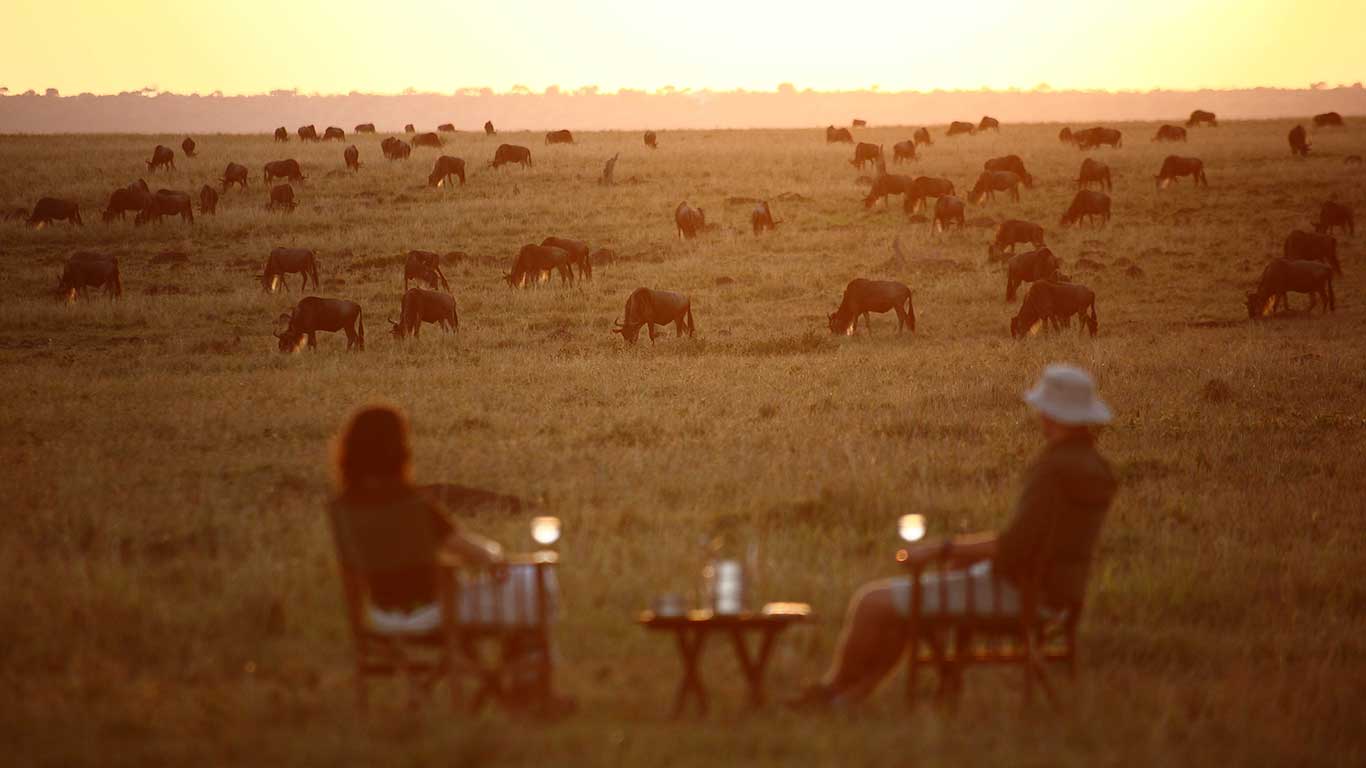 Couples wanting to share the bush with just one another can take advantage of a private safari at Elewana Elephant Pepper Camp. What’s more, they can discuss their shared experience at a specially selected viewing point whilst enjoying a romantic bush breakfast or sundowner for two. 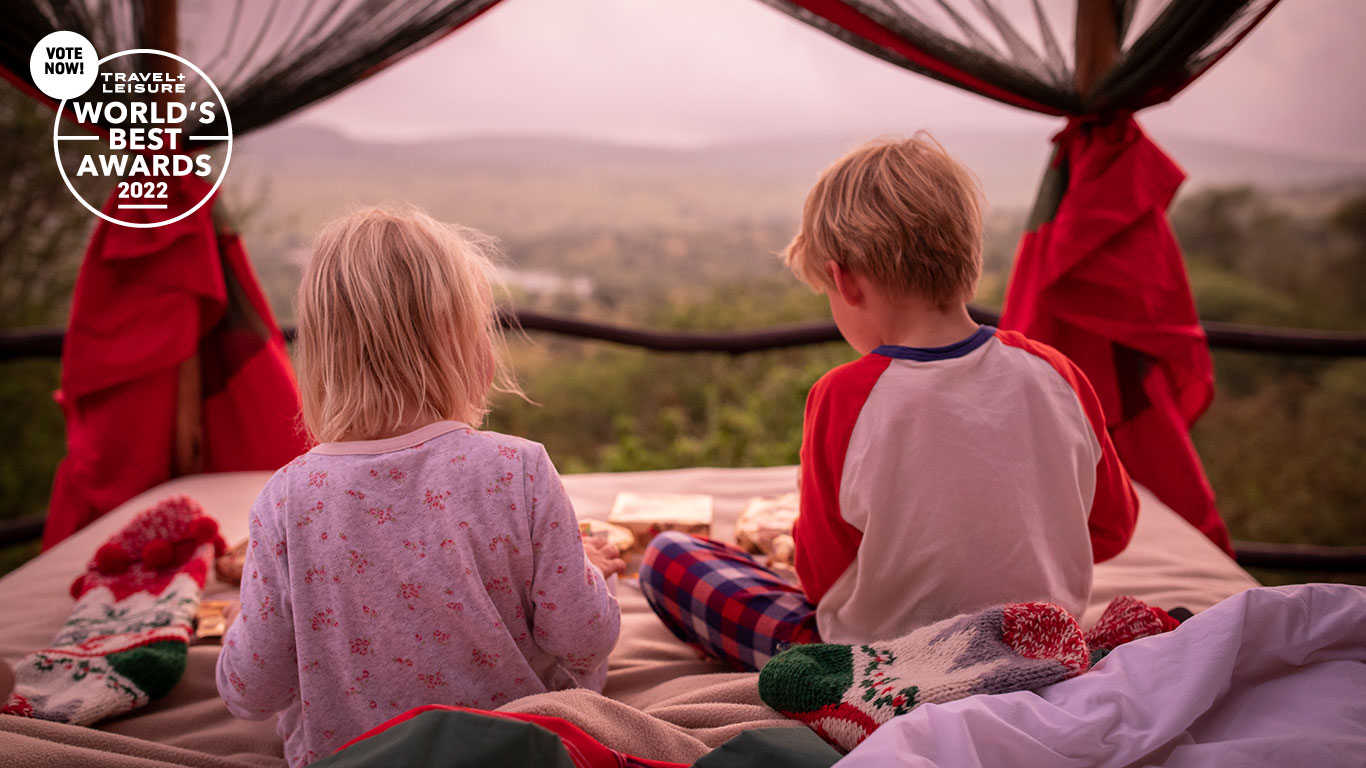 We are honoured that all 16 of our Elewana Collection properties have been nominated for Travel+Leisure’s 2022 World’s Best Awards.

We would be grateful if you could take a moment and vote for your favorite Elewana properties here. The voting process is easy and takes just a few minutes.

Your vote will also enter you for a chance to win a $15,000 Dream Trip, courtesy of Travel + Leisure.

In addition, many of the other Minor Hotels have been shortlisted. Anantara, Avani, Tivoli are on the shortlist for individual awards and Anatara has been nominated under the Hotel Brand category as well.

We very much appreciate your support!

Save on Safari and Beach with Special Offers Rolled into 2022 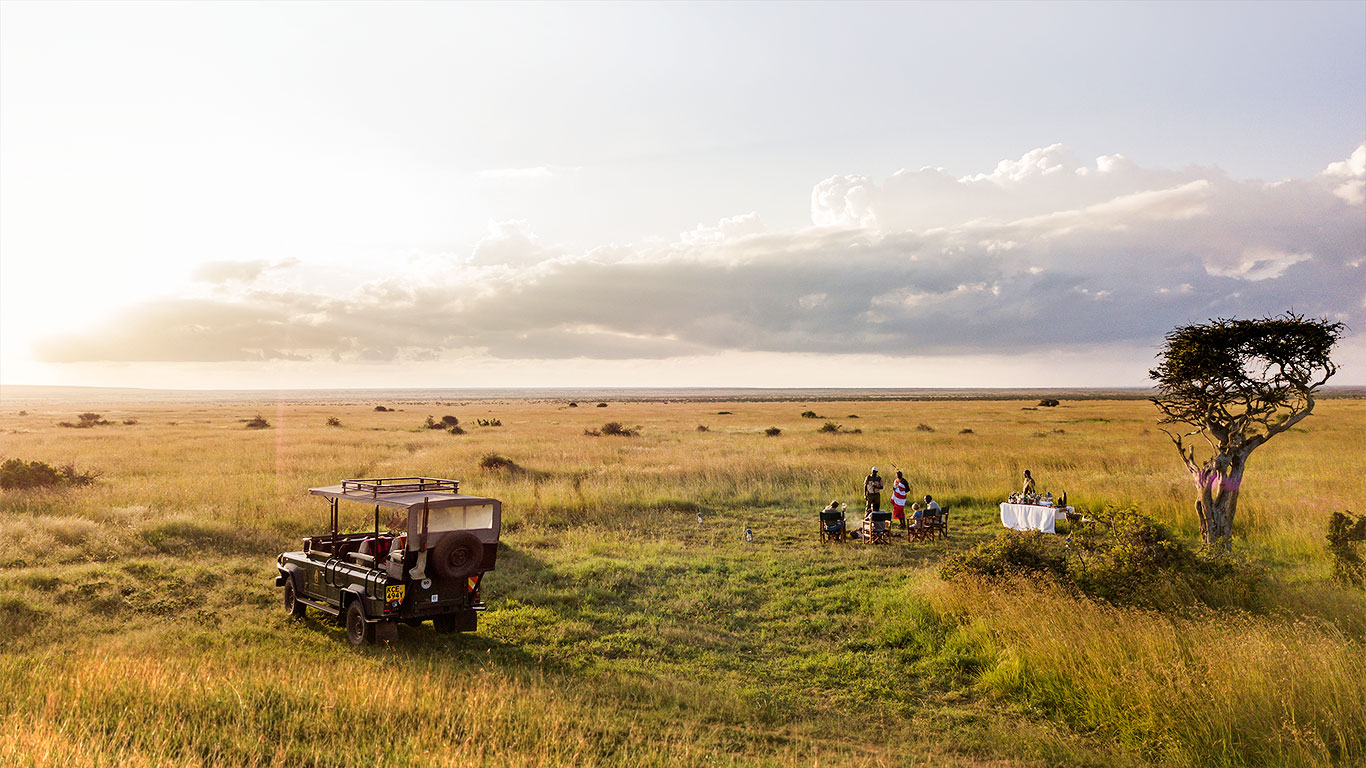 The new year brings renewed opportunities to save on safari with the continuation of our special offers.

To find out more about terms and conditions for these special offers and to make a booking, please contact us at This email address is being protected from spambots. You need JavaScript enabled to view it..

Elewana’s Guide Apprenticeship program has begun this month after the exciting final decision was made in selecting five new apprentice guides who will report to Elewana camps throughout the year, including one female guide - a first for Elewana.

Charl Grobler, Elewana’s Guide & Activities Manager who is leading the program, shared some background on the application process and his insights on the new apprentice guides.

We received nearly 700 applications from applicants in Tanzania and Kenya. Applications were sent in via email with a 500-word motivation letter and applicants were required to have formal training and a degree or diploma in nature conservation, guiding, or wildlife management. We narrowed the pool down to 60 applicants, who were then chosen for interviews in Nairobi and Arusha. During the interviews, I looked for personality, communication skills, and experience. After all the interviews, only 5 applicants were chosen. Applicants will spend a month at a time at each camp for one year and the hope is that after a year, they will be able to join our guiding team as junior guides.

Our Kenya Apprentice Guides include:

Joseph Karobia:
Although he has spent his career in the kitchen, Joseph has always had a passion for guiding. His dream is to become a guide for Elewana. He holds a KPSGA silver certification, conducted training with Eco-training, and has freelance guided in the past.
Alex Tiges:
Alex holds a two-year diploma in tour guiding and wildlife studies, is a bronze level KPSGA, and spent 5 months researching vultures in the Mara. He is a keen photographer, young and energetic.
Bill Kipchirchir:
Bill has a diploma in Wildlife Management from KWS Training and has worked as a cheetah researcher and dog handler for Action for Cheetah. Bill is very keen and well-spoken.

Angela Desdery:
Angela studied guiding at Mweka and has freelance guiding experience. She recently also summited Kilimanjaro! She holds a wealth of experience, along with being well-spoken and very confident in her abilities, making her a great asset to the team. She is also the first female in Elewana’s guide program!
Clever Fednand:
Clever recently worked for SkySafari and he is passionate about guiding. He is well-spoken and has a great track record in the hospitality industry.

We will be sure to share more updates from Charl and the apprentice guides throughout the year as they progress in the program. 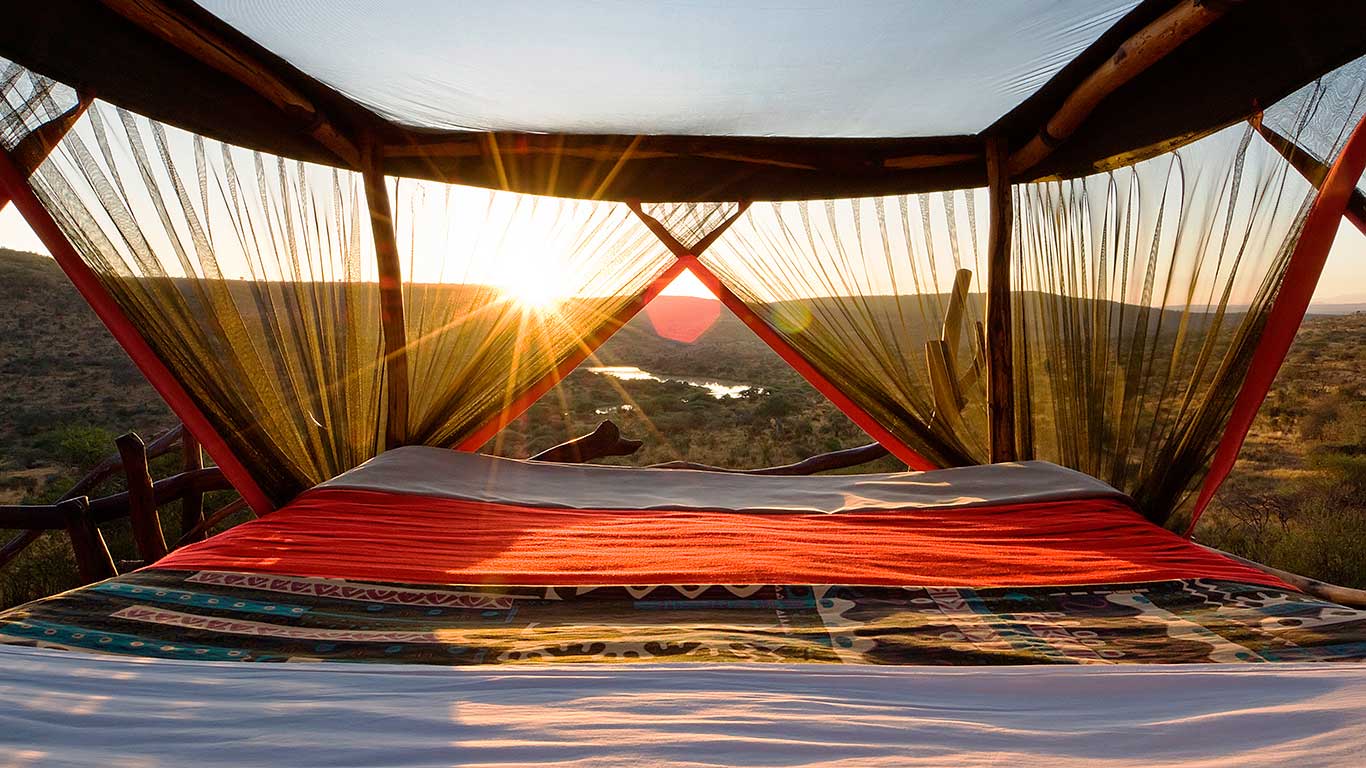 Glamping Is Romantic: 10 Places To Sleep Under The Stars 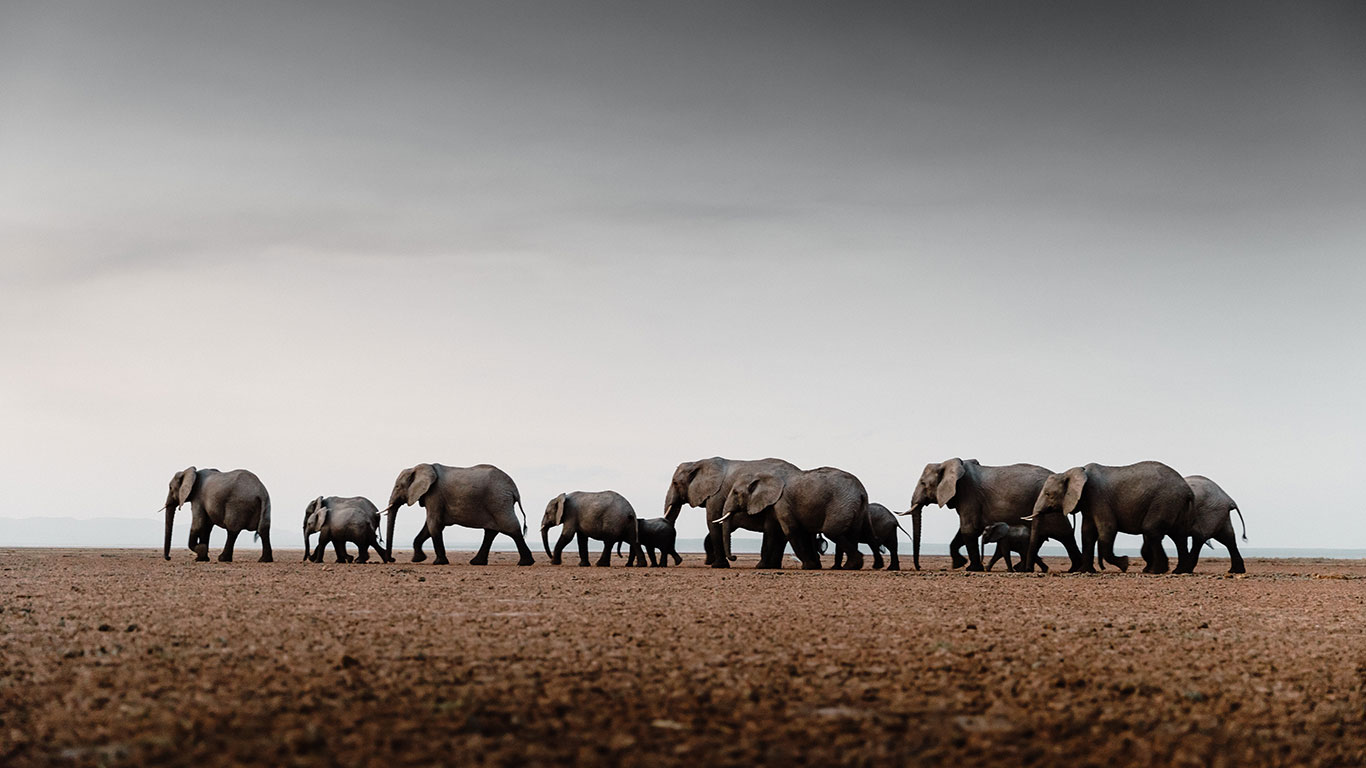 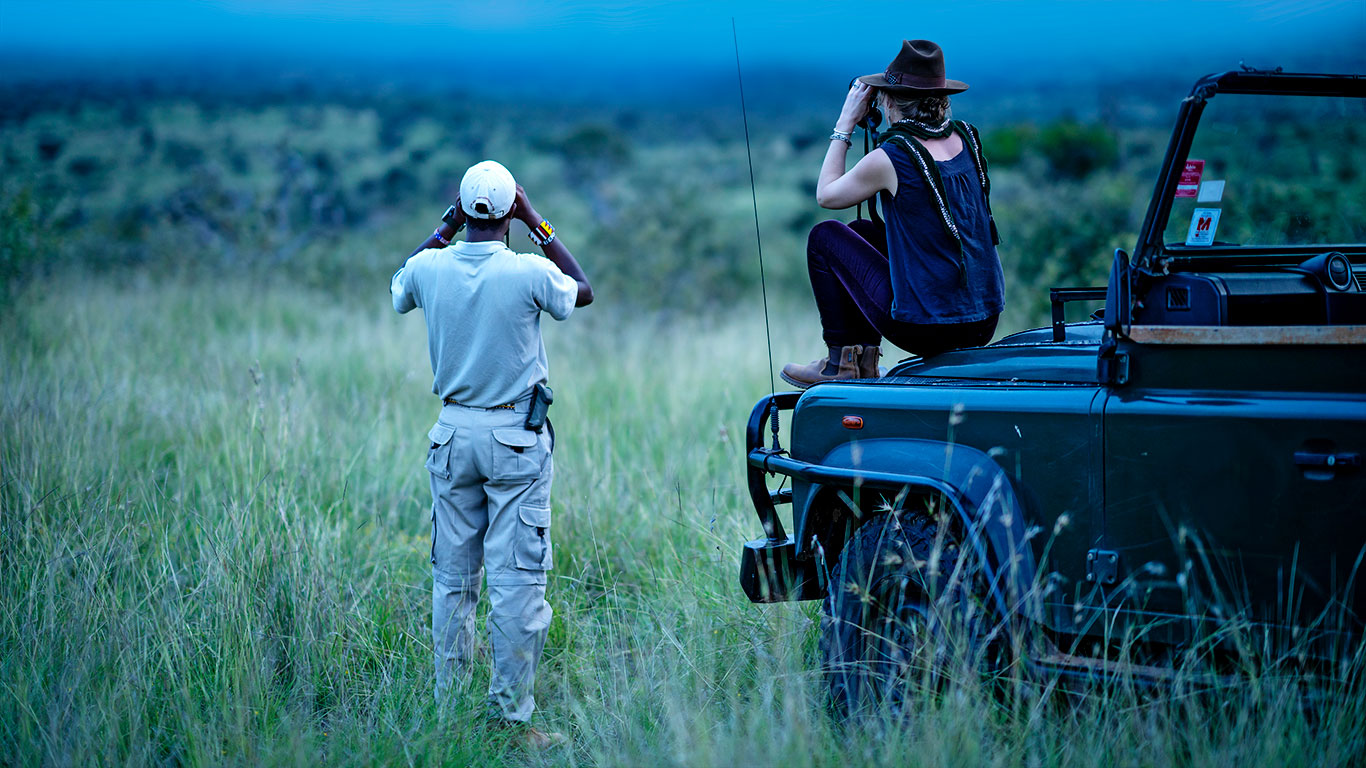