The Scottish Maasai Power walk in Amboseli a great success! 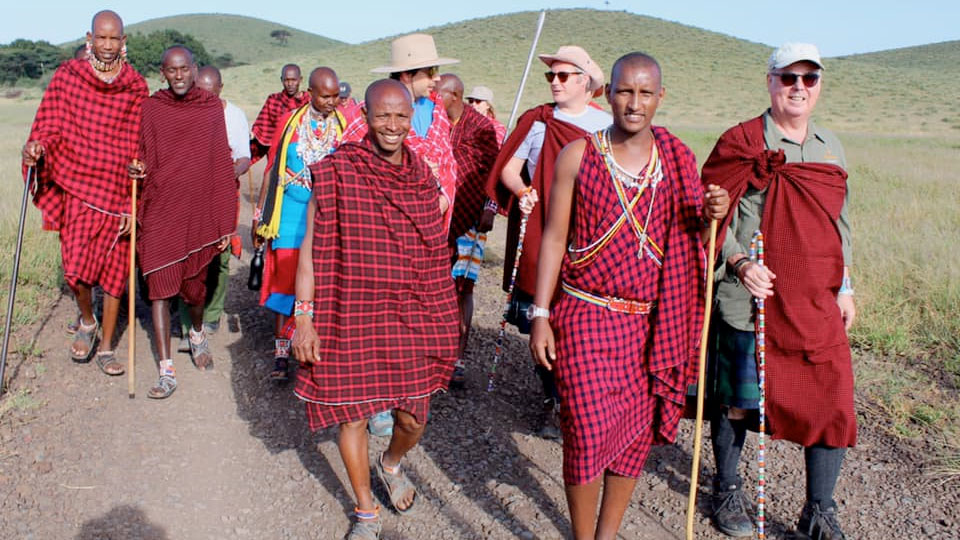 On the 8th February the Scottish Maasai Power Walk, which started at Elewana Tortilis Camp and ended at Esiteti Primary School, achieved their goal to raise money for the installation of solar power in the new library.  The General Managers of the camp were accompanied by Kris Smith & Kirsty Nicol, Barry, Judy & Rachel McGonigle, Guests and Staff plus a number of Maasai from the local community, who all power walked a distance of 10km through the Amboseli wilderness.

In many remote areas of Kenya, such as Amboseli, access to electricity is unavailable or too costly to use. According to The Energy Progress Report that was released by the World Bank, access to electricity among the rural population increased from 7.17% in 2010 to 48.39% in the period reviewed but this still leaves many without access to electricity. Many rural households still depend on kerosene for lanterns and firewood for cooking.

With climate-change dominating the headlines and the demand for Countries and Industries to adopt better sustainable energy solutions, Kenya has committed to reducing its carbon dioxide emissions by 30 per cent by 2030. Decreasing the use of diesel and petrol machines and easing pressure on forests by using less charcoal, the solar power systems are a major intervention that not only alleviate the problems faced by communities, but also play a big role in mitigating the adverse effects of climate change in Kenya.

In light of this the General Managers at Elewana Tortilis Camp raised over US$5000 through the Gofundme page and donations at the lodge to install solar power in the local school so the children can enjoy the benefits of sustainable energy in their new library; power for the computers and better lighting for reading and learning.
Subscribe to Our Mailing List Latest News Newsletter Travel Information
FACEBOOK TWITTER INSTAGRAM
© 2022 elewana collection