Current estimates are that over the past 20 years the reticulated giraffe population has declined by over 70%, from 36,000 to less than 9,000 today. It is thought the main drivers behind the decline are habitat loss and fragmentation, land degradation, and poaching. However, relatively little is known about reticulated giraffe movements, or their ecology. 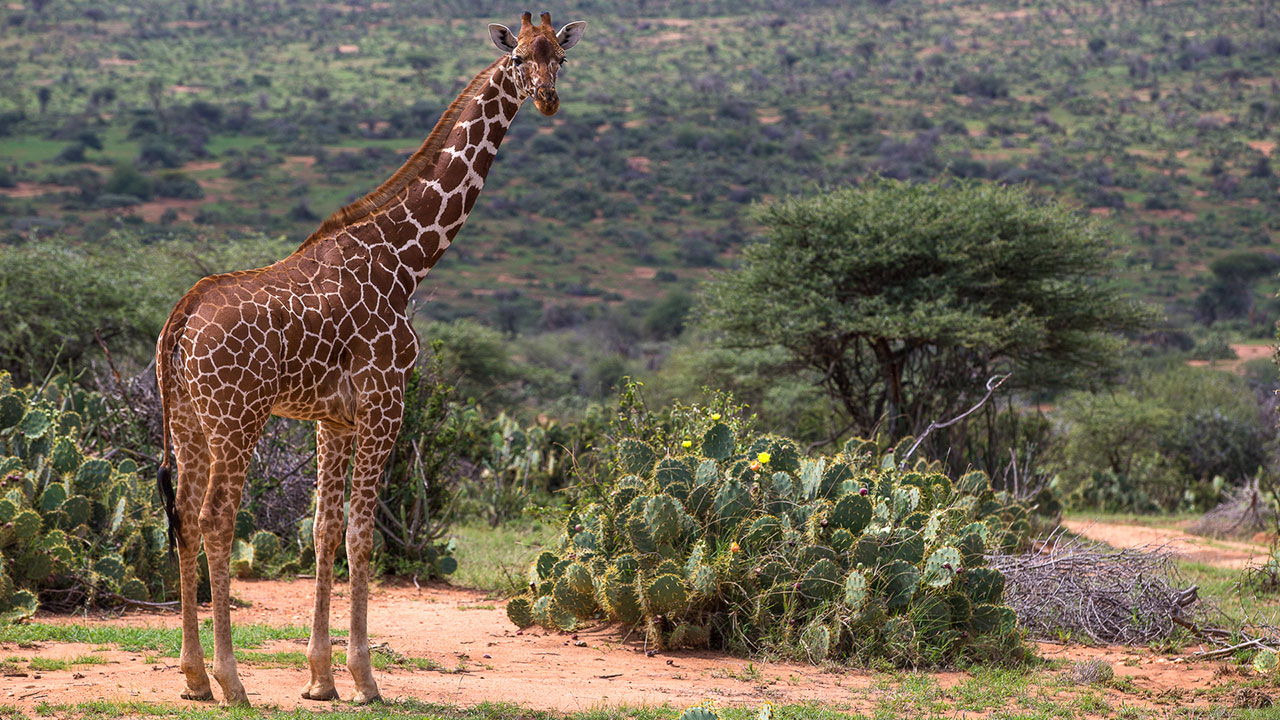 The project is a community-led conservation and research effort that uses both social and ecological methods to help sustainably preserve the reticulated giraffe species in the wild. At Loisaba, Symon Masaine is the Head Researcher, he is currently studying at the University of Michigan under the MasterCard Scholarship. Whilst he is away Lexson Larpei, the Assistant Researcher is managing the project.

In June 2017 seven reticulated giraffe were fitted with GPS satellite tracker units on Loisaba Conservancy. These units made by Savannah Tracking are solar powered and are attached to giraffe’s ossicones. The data collected from these units will allow greater insights into giraffe movements in the region, especially wet season-dry season movements, and utilization of different areas/habitats, space requirements. It also has the potential for the movement data to inform decisions around future infrastructure and settlement decisions. A further 25 GPS units will be fitted with the Kenya Wildlife Service in September 2018 across Loisaba Conservancy, Mpala Research Centre, Buliqo Bulesa Conservancy, Melako Conservancy and Leparua Conservancy. These units will provide insights into numerous localized questions, e.g. the dynamics of giraffe between Leparua and Lewa/Borana, where do the giraffe on Biliqo and Melako go?

In conjunction to the GPS data, camera traps are deployed across the conservancy to help track and identify giraffe. A total of 135 cameras traps have been deployed creating over one million images – all these images need analyzing! Here is how you can help:

The final essential element to this project is gauging human perceptions and attitudes towards giraffes and poaching. Consequently, over 400 interviews have been conducted in our neighboruing communities, namely Kirimon, Ol Donyiro, Koija, P&D, KMC and Ilmotiok producing startling results. It is estimated that giraffe part and product use is at 30% within these communities and knowledge on giraffe species, ranges, and population was found to be very low. Through education and outreach within these communities, the project aims to reduce that number while also raising awareness of the overall decline and building community pride in the uniqueness of northern Kenya’s giraffe species.

Elewana are incredibly proud to partner with TNC and Loisaba Conservancy where this valuable conservation research is happening. All revenue generated from Tourism activities on Loisaba is carefully reinvested into the conservancy and the surrounding communities. We are extremely grateful for the fantastic work that SDZG and The Giraffe Conservation Foundation are doing and look forward to supporting it in the future.