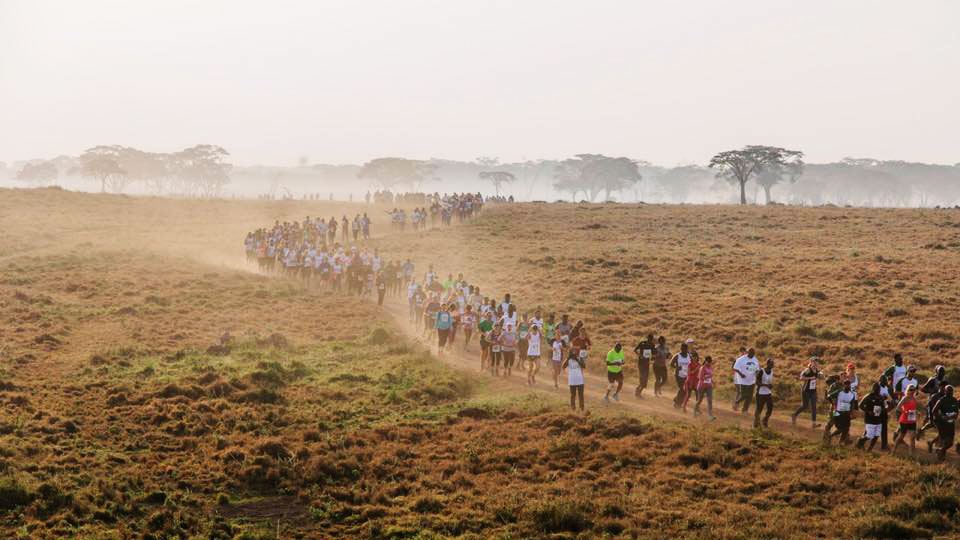 The 20th edition of the Safaricom Marathon was recently held on Lewa, with 1,400 brave participants who came from all over the world to run wild and conquer the Lewa course, all for conservation and development.

It was a great honour to welcome special runners and guests including the First Lady of Kenya, Her Excellency Margaret Kenyatta, who ran the first 5km with the kids and energised the crowd! The Sports Cabinet Secretary Amina Mohamed flagged off the race alongside Meru County’s governor Kiraitu Murungi and board chair Michael Joseph.

“We’re proud of hosting another successful edition of this amazing race together with Tusk and Safaricom” according to a spokesperson for Lewa Wildlife Conservancy. The marathon is one of the toughest races in the world, and the only one to take place through a wildlife reserve at an altitude of more than 5,500ft above sea level. A large part of the course is uphill, through rolling savannah plains and across acacia woodland. There’s no respite from northern Kenya’s harsh sun, and participants battle the dust whipped up from the dirt road.

A 61,000-acre area of protected land, the conservancy is home to critically endangered black rhino and Grevy’s zebra, as well as elephant and the big cats. The wildlife is can move freely and are not blocked from the course – runners often pass herds of zebra or giraffe lingering in the distance. “We’ve been trying to train the lions to become vegetarian but we haven’t succeeded,” Tusk CEO Charlie Mayhew said in the briefing the night before the race, drawing a nervous laugh from the crowd.

Led by conservation charity Tusk and LWC, the idea to organise a marathon though the reserve came from a conversation between Mayhew and the then-CEO of Lewa conservancy in the late nineties. Over the years Tusk has raised $5m for conservation efforts in Lewa and across Kenya. The conservancy and the neighbouring communities who live in the area are supported by funds raised by the marathon.

From just 180 runners two decades ago, the race has grown to 1,400 participants from more than 27 countries. Runners from across Kenya take part, including wildlife rangers carrying full kit who represent the neighbouring conservancies, and warriors from local communities. The full marathon was won by Duncan Maivo at 2hr 20min, and Emmah Kilole at 2hr 50min in the women’s race.

To the winners, runners and spectators, thank you all for being involved and supporting this initiative that makes a difference to conservation and communities!