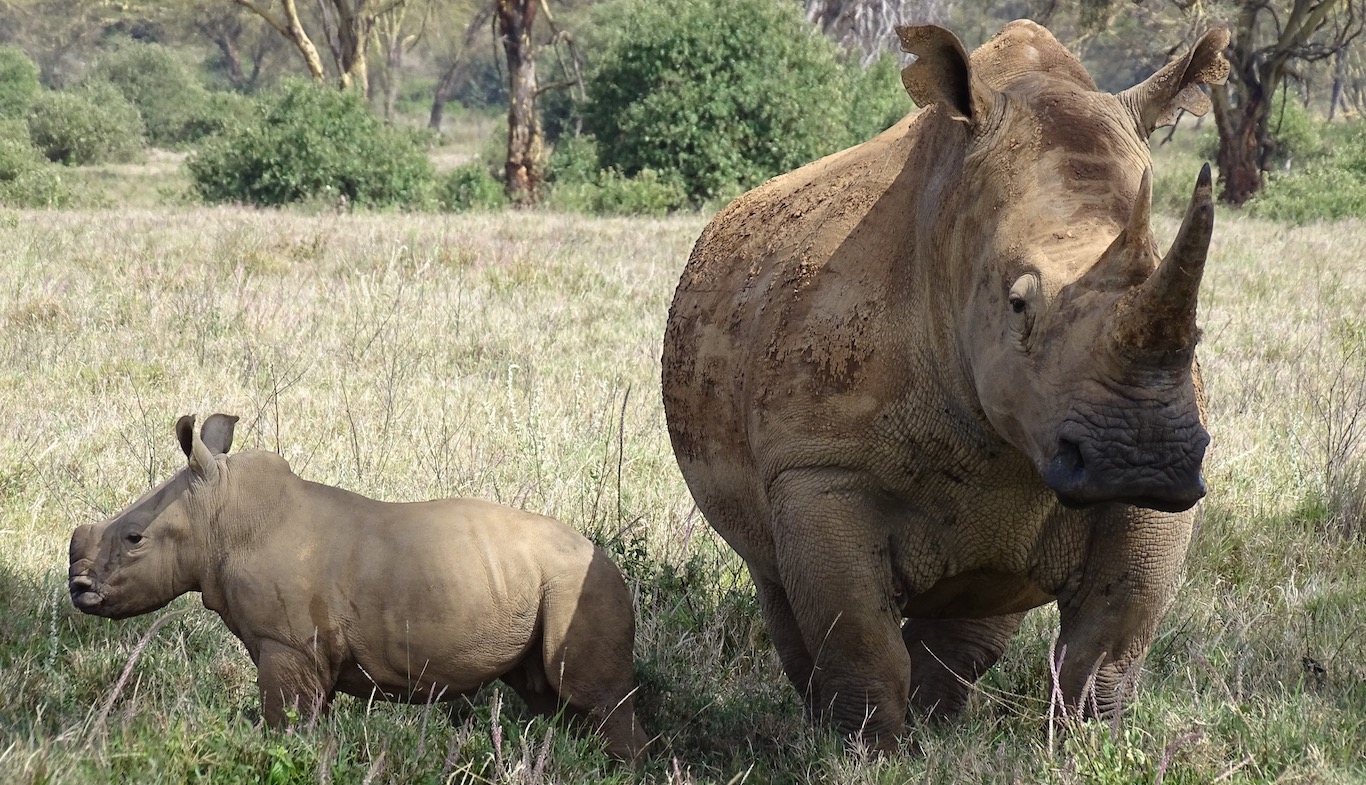 The fourth quarter of 2020 ended with a sense of hope for the new year with record births recorded for the conservancy’s flagship species.  The Lewa Conservation and Research department recorded the birth of six rhino calves over a 3-month period, bringing the total number on the Lewa-Borana-Landscape to 113 black and 101 white rhinos.  The six calves were born between 15th October and December 29th.

The new mothers (2 black and 4 white) comprised some first timers, such as Kagwiria, a 9-year-old black rhino, who delivered a calf fathered by a bull named Elvis. The other first-time mum was a 7-year-old white rhino named Emso, whose calf was fathered by a bull named Imado. Some of the older new mums were Calisto, a 21-year-old black rhino who gave birth to her 6th calf, and Rinta, a 28-year-old white rhino who delivered her 8th calf. Amazingly, all of Rinta’s calves have survived and are still on Lewa.

The new babies are yet to be named. The research program anticipates that the calves’ naming will occur through the Adopt-a-rhino programme, a fund that gives sponsors the unique chance to ‘adopt’ and therefore name a rhino. By becoming ‘parents’, supporters also get regular updates on their babies, not to mention the chance to participate in conservation. In return, funds raised from the program help to offset the cost of nurturing and protecting Lewa’s rhino population, a cost that constitutes 50% of Lewa’s annual budget. Rhino population on the Lewa-Borana-Landscape has increased by 25 percent in the last 4 years.