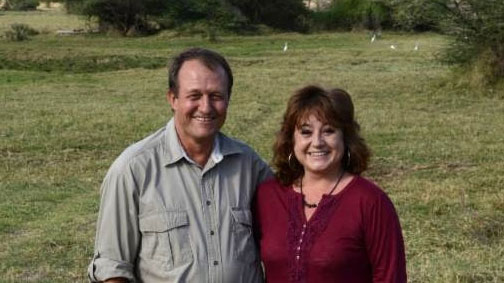 George & Theresa van Wyk have been appointed as the General Managers for Elewana Loisaba Tented Camp. Originally from Zimbabwe they relocated to Kenya with their family in 2014, when they were recruited as Managers for Joy’s Camp, followed by Elewana Sand River and then Elewana Elsa’s Kopje in Meru. They have been with Elewana for nearly five years and bring a wealth of experience to their position. Theresa is a delightful hostess and brings an elegance and warm that guests gravitate towards and George is passionate about conservation, having previously been a professional guide and together they make a dynamic team, running each camp to the highest standards, bringing their own flair and charm to their role as General Managers.

We wish them all the best in their new roles.