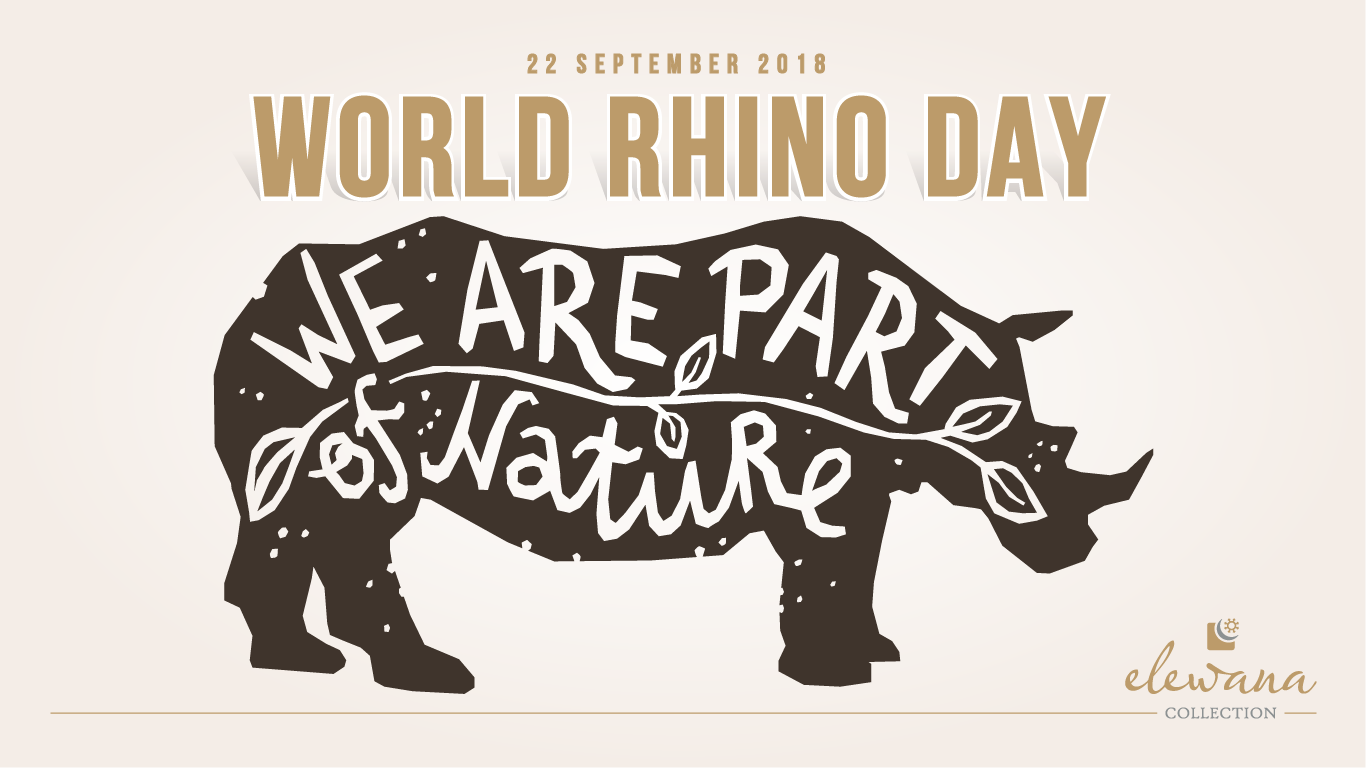 World Rhino Day is held on 22 September and celebrates all five species of rhino: Black, white, greater one-horned, Sumatran and Javan rhinos. With populations decreasing at an alarm rate many organsiations around the world are imploring governments to take action, with stricter poaching laws needed to combat the rhino horn trade. It is estimated that a rhino is poached every 8 hours, at this rate, rhino could become extinct in 15 years.

In the 1970-80’s, large-scale poaching saw Black rhino populations decline from around 70,000 individuals in 1970 to just 2,410 in 1995 – a dramatic decline of 96% over 20 years. With the persistent efforts of conservation programmes across Africa, Black rhino numbers have risen since then to a current population of between 5,042 and 5,458 individuals. In addition to this, their geographic range has also increased, with successful reintroduction programmes repopulating areas that had previously seen their native black rhinos entirely poached out in the 1970s and 80s. IUCN Red List Classification: Critically Endangered.

The White rhino recovered from near extinction with numbers as low as 50-100 left in the wild in the early 1900s, this sub-species of rhino has now increased to between 19,666 and 21,085, with the vast majority living in a single country, South Africa. IUCN Red List Classification: Near Threatened

The Lewa / Borana Wildlife Conservancy is one of Kenya’s leading areas for the conservation of this species and for the last three years not one rhino has been poached. Starting out with 15 black rhinos in 1984 as the Ngare Sergoi Rhino Sanctuary, Lewa's rhino population has since risen steadily, making the Conservancy the pioneer rhino conservation success story in Kenya and East Africa. Over the years, 20 others have been moved to restock previously inhabited areas as well as introduce the species to new suitable and secure habitats.  By January 2017, the landscape had a combined black rhino population of 83 as well as 74 white rhinos, which constitute 15% of Kenya's entire rhino population.

Elewana Collection has two properties located in Lewa Wildlife Conservancy, Elewana Lewa Safari Camp and Elewana Kifaru House and we encourage guests to visit the Joint Operations Centre and learn all about the cutting edge technology being used to safe guard wildlife in the region plus spend time with Trigger and his friends, two bloodhounds and two Belgian Malinois. These highly trained dogs supplement the anti-poaching unit tracking down potential poachers. Young at heart they are playful and when not out in the filed are a favourite experience for guests visiting Lewa. / Borana .