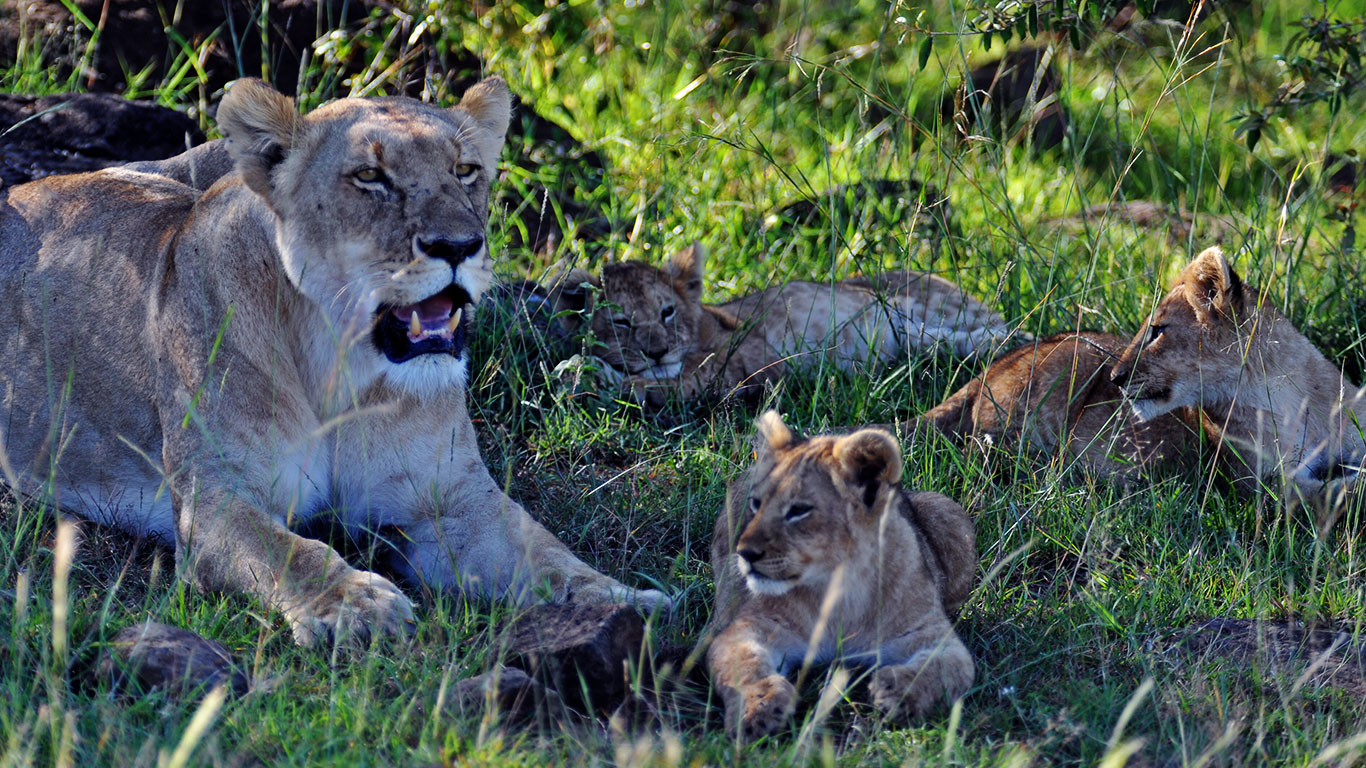 I first heard of the Black Rock area from a good friend who grew up in the Mara. He told me a story about his favourite area right at the Tanzanian border and that story always stayed with me. Living in Enonkishu with his family, for decades he used to regularly drive to this particular area on a Sunday morning at first light, simply to have breakfast and enjoy the view. It became a tradition over the years. The way he spoke about that place sparked something inside me, he called it the Black Rock Area and he told me it was his favourite little stretch of paradise in all of Kenya. As a result, I jumped on Google Maps and started to find out which lodges have access to this place and found that Elewana Sand River is the best vantage point to visit the area, so last October I went there for the first time.

Black Rock area is situated right at the border between Kenya and Tanzania, close to the Sand River, a river that follows the border. For many it might seem as if this area is the end of the Masai Mara due to its proximity to the Tanzanian border, but the Mara continues into the Greater Serengeti and nothing stops the animals from coming here. In fact, the opposite happens, there’s more wildlife than anywhere else. Out of all 900 lions across more than 50 prides in the Masai Mara, the Black Rock Pride has one of the richest histories of all. Generation after generation this pride has been delivering strong genes and charismatic lions that roamed far beyond the boundaries of their own Black Rock Territory.

In contrast to the majority of the Masai Mara National Reserve, the Black Rock area is seemingly hilly with green undulating landscape that makes for incredible scenery. With the mountain ridge a few kilometres across the border in Tanzania in the background, the area offers some incredible photography opportunities. The black rocks are a welcome break from the grassy plains and give an amazing background to photograph lions. The contrast between the colour of the lion and the dark black colour of the rocks is a unique feature in the Mara, especially as the lions reside most of their time on or around the rocks. The elevation is also a great way to get some unique portraits which means that positioning the vehicle slightly lower than the lions gives a great viewpoint.

During my visit we spent six days around the Black Rock area, often without a single other vehicle around, another big added benefit of visiting the Sand River area. Most of our sightings would just be us and the lions, for hours. We would simply drive there and observe the pride, have breakfast while the sun was rising and wait for photography opportunities to arise. There were cubs all over the place, three different litters within the pride, the youngest four cubs just two weeks old at the time of writing.

But there’s more. During the months of the great migration (June till October) Little Sand River Camp, right next to Sand River Camp, offers a great location for river crossings. While both camps are situated right at the Sand River Banks, Little Sand River had a very particular feature. Next to room 16, there’s a migration crossing point, where hundreds, if not thousands of wildebeest enter the river. Last year, guests literally watched the migration from the deck of their room.

Off-season the lion activity is still great. Each night we could hear lions roaring from our room and on multiple mornings we would find one of the prides with a fresh kill. The camp is unfenced, which means you are right in the middle of the action and you never know what you will come across first thing in the morning. The entire area has almost an exclusive feel to it due to the absence of other vehicles and is a truly hidden gem within the Mara ecosystem.
Subscribe to Our Mailing List Latest News Newsletter Travel Information
FACEBOOK TWITTER INSTAGRAM
© 2023 elewana collection